A Southern California man who posed online as a teenage boy and enticed a 15-year-old girl to have a sexual relationship before bringing her to Mexico is scheduled to make his first court appearance tomorrow to face federal charges of transporting a minor with the intent to engage in criminal sexual activity.

Daniel Navarro, who sometimes posed online as “Angel,” 38, of Victorville, was named Monday night in a federal criminal complaint that also charges a woman who allegedly helped Navarro contact minors and who apparently drove Navarro and the 15-year-old girl to Tijuana on July 1, the night before the girl’s scheduled quinceañera.

Navarro and his alleged accomplice – Julie Le, 20, of Garden Grove – were arrested Sunday night pursuant to state court warrants as they entered the United States from Mexico – 10 days after allegedly bringing the victim to Mexico. Both defendants are expected to appear tomorrow in United States District Court in downtown Los Angeles.

The victim in this case – an Arizona girl identified in court documents as “A.T.” who was spending the summer in the Central Coast town of Nipomo – was rescued Monday morning from a residence in Tijuana by Mexican authorities.

According to an affidavit in support of the criminal complaint, Navarro had an online relationship with the victim for the past year. “A review of one of Navarro’s Instagram accounts, ‘dn.2021.01,’ revealed conversations between Navarro and A.T. on A.T.’s Instagram account in which Navarro professed his love for A.T. and discussed having sex with A.T. in order to impregnate her,” according to the affidavit.

The affidavit states that Navarro used social media in attempt to convince one of A.T.’s relatives to run away with him, and that Navarro tried to entice other teenage girls to send him sexual images.

On July 1, Navarro and Le entered Mexico with A.T. hidden in the backseat, according to the affidavit.

A criminal complaint contains allegations that a defendant has committed a crime. Every defendant is presumed innocent until and unless proven guilty beyond a reasonable doubt.

The charge of transportation with intent to engage in criminal sexual activity with a minor carries a statutory maximum penalty of 10 years in federal prison. 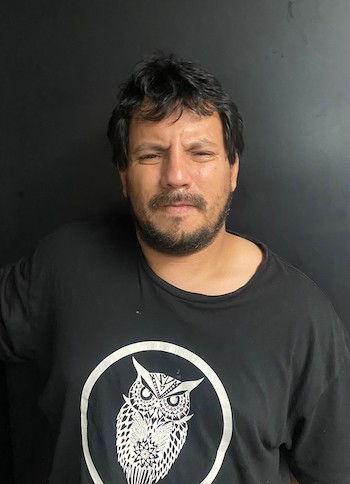 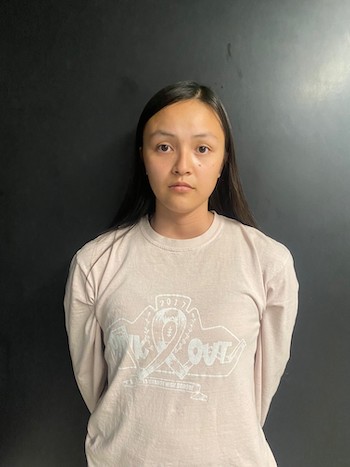 DETAILS OF NEWS RELEASE: On 7-1-22, the Sheriff's Office initiated an investigation into a report of a missing 15-year-old girl from Nipomo.  The teenager is from Arizona and was visiting family members for the summer. She was last seen leaving a family member's home in Nipomo in the early morning hours of 7-1-22. During the course of the investigation, Sheriff's Detectives were able to determine the identity of a suspect and a female accomplice who had befriended the victim on a social media platform for the past year. The suspect is identified as 38-year-old Daniel Navarro of Victorville, CA who was posing as a teenager who had urged the juvenile to run away with him to Mexico. The female suspect is identified as 20-year-old Julie Le of Garden Grove, CA who is accused of driving Navarro and the 15-year-old victim from Nipomo to a location in Tijuana, Mexico.  Homeland Security Agents who work in the Sheriff's Special Operations Unit assisted with the case in helping to locate the missing girl. Sheriff's Detectives also obtained multiple search warrants for cellphone and social media account information which aided the investigation.  On 7-10-22, both Navarro and Le were arrested as they entered the United States from Mexico. On the morning of 7-11-22, Mexican authorities rescued the juvenile from a residence in Tijuana, Mexico. She has been safely reunited with her family members.  The FBI assisted with the coordination of locating and recovering the missing juvenile. The U.S. Customs and Border Protection also assisted with the investigation. The U.S. Department of Justice will be prosecuting the case in federal court.

DETAILS OF NEWS RELEASE: The Sheriff's Office is releasing additional photos of missing 15-year-old Alilianna Trujillo. Trujillo is from Arizona and was visiting family members for the summer. She was last seen leaving a family member's home in Nipomo on 7-1-22. Trujillo is described as an Hispanic juvenile, 5' 4" tall, 105 pounds with red hair and brown eyes. She was last seen wearing a tie-dyed shirt and black leggings. The Sheriff's Office is also asking for the public's assistance. Detectives are requesting anyone in the Galaxy Mobile Home Park in Nipomo to check their surveillance cameras or Ring-type doorbell cameras for any suspicious person or vehicle in the early morning hours of Friday 7-1-22 between the hours of midnight and 2:00 AM. If you are a resident of that area and you have video footage please contact the Sheriff's Office Detective Division at 805-781-4500.

Aww, Please protect her Lord and help find her safe and sound.

We have it on good authority that it was actually Zeus.

Teens don't think about what they put their loved ones through when they sneak out or go hang out with friends for a few days. Hopefully that's all that is going on and she didn't go with anyone that is unsafe.

Why wait 5 days to enlist the public?

Oh wow!!! So glad they located her.

Thank god they rescued her. This scenario is a parent's worst nightmare. Please throw away the key on Navarro. Who here would like to bet that his 20 year old accomplice started out as his victim?

Immediate death penalty for both. After a quick and speedy trial of course

Thank you Jesus, for helping the authorities find her!! Praise God!!

What a relief for the family! Great job tracking down these scum LEO's!

On the positive side of this

As for the new housing, many