Merry Christmas edhat readers! In true edhat fashion, here are some numbers about the Christmas holiday to fascinate you statisticians.

And of course a photo of one of the most brightly lit homes on the east side of Santa Barbara. 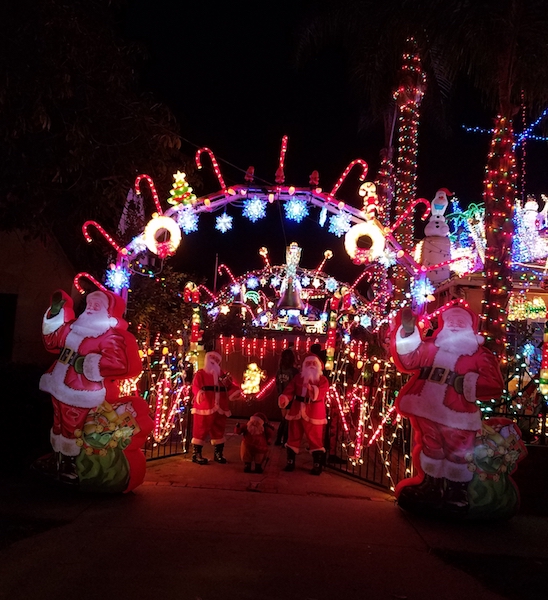 (Photo by Patti Gutshall)
The following information was collected by DMR.

Percentage of Americans that celebrate Christmas: 92%

Percentage of Americans that see Christmas as a religious holiday: 51%

Poinsettias are originally from Mexico and were first brought to the US in 1825 by Joel Poinsett.

Number of real Christmas trees sold in the US annually: 25-30 million

Number of Christmas trees growing in the us: 350 million

Percentage of Americans that put up a Christmas tree: 79%

Largest exporter of Christmas trees in the world: Canada

This is probably a dumb

I used to tell my girl friend

If you live in the homes