Memorial Day honors the men and women who died while serving in the U.S. military. Originally known as Decoration Day, it originated in the years following the Civil War and became an official federal holiday in 1971.

Now it's celebrated on the last Monday in May. Many observe the holiday by visiting cemeteries or memorials, holding family gatherings and participating in parades. Locally, we visit military monuments and cemeteries before going to a backyard BBQ or beach party.

There's one local non-profit in town that dedicates its time to honor all veterans of all wars. PCVF was founded by John W. Blankenship in 2003 with a personal gift from Pierre Claeyssens, an influential and admired philanthropists who died at age 94 in 2003. 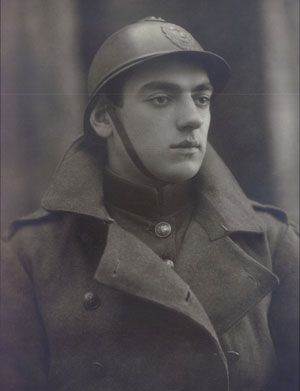 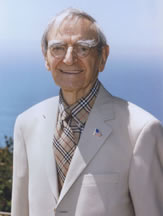 Claeyssens was a Belgium immigrant, born in 1908, who came to the United States in 1938 to become an architect. He helped design Liberty ships at Terminal Island during World War II and constantly expressed his gratitude to American soldiers who helped free his native country during two world wars.

After World War II, Claeyssens worked as an architect, designing schools, libraries and other buildings throughout Southern California, including a school in Lompoc. He married the late Ailene Wood, an oil heiress from Santa Barbara, and was never shy about saying that was how he became a multimillionaire.

Today, in his honor, PCVF hosts many events throughout the year to support and honor Veterans and Active Duty Military. This year, they're hosting their annual Memorial Day Ceremony to remember those who gave the greatest sacrifice for our country. The ceremony will include a patriotic program featuring the Santa Barbara Choral Society, bagpipers, and keynote speaker, Sgt. Major John L. Canley, USMC, ret., most recent recipient of the Medal of Honor. It'll take place on Monday, May 27 at 10:00 a.m. inside the Santa Barbara Cemetery. 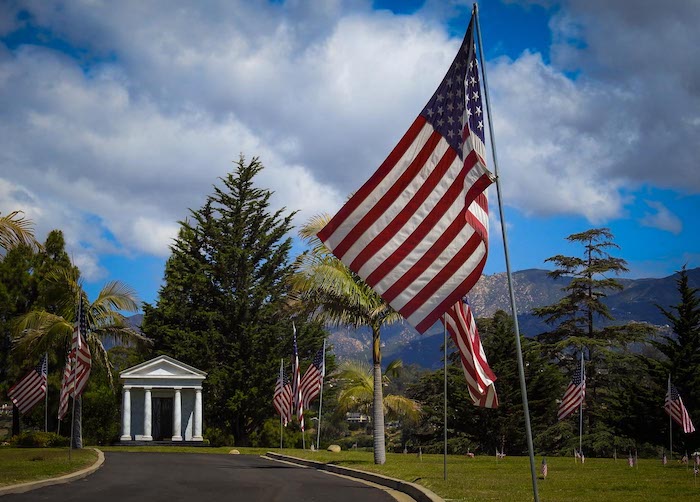 Sort of an aside: I saw in a recent magazine article, then in the "Times" that there is some new treatment is very promising for relieving PTSD permanently. A combination of taking some drug and going on a "trip" with medical/psychological 'guides' and some sort of technology. Don't remember the specifics but that would be a manna from heaven for those PTSD put on the street to live or die there.

Buddy Wood donated land for the Emma Wood State Park as a memorial to his late wife Emma. He inherited the Taylor Ranch from Emma Grubb Wood and the campground was part of the ranch. The Grubb family did not donate it.

As a decorated & disabled veteran..let me tell you 1st hand---the V.A. stinks!

Hope SB can raise enough money to help all our Vets out!

Thank You for helping Homeless Veterans they should always get help first before anyone else.

Check out the Veterans Administration website to learn more about its specific programs for "Homeless Vets". They are not cast adrift.

I believe Pierre Clyaeyssens first wife was Emma Wood, the oil heiress. He donated property on the coast in her honor, The Emma Wood State Park.

From Wikipedia:
"The park is named for Emma Grubb Wood (May 23, 1881-September 19, 1944). Wood was the daughter of Alice Taylor Grubb, the owner of the Taylor Ranch (originally the Rancho Cañada de San Miguelito), an 8,000-acre sheep ranch on which oil was discovered in the 1930s. When Alice Taylor Grubb died in 1936, she left the ranch to her daughter Alice and son Percy. Percy, who was unmarried, committed suicide in December 1937 by carbon monoxide poisoning in a garage owned by Emma Wood's husband, Adrian "Buddy" Wood.[1][2]

Wood died in 1944 in Carpinteria. At the time of her death, her land holdings, which included the Taylor Ranch, were valued at $8 million.[3] She was buried at Ivy Lawn Cemetery in Ventura.[4]

Oops! You get what I was saying, right? Lol

NASA-NOAA technology is currently being tested on the South Coast to test marine oil spill responses.

The CEO of the Community Environmental Council released a statement on the Supreme Court's recent EPA ruling.

Fireworks Not Allowed on Forest Land

Los Padres National Forest officials are reminding Fourth of July visitors that the possession or use of fireworks—including the “safe and sane” variety—is always prohibited in the Forest.

Independence Day Events Blast Back to the Waterfront

The Santa Barbara Waterfront will provide family-friendly events on the Fourth of July.

An edhat reader reports a traffic collision on the Mission underpass.

Robert shares his photos of the Solstice 2022 parade from the perspective of a parade volunteer.