Mekia Shanta Valentine affectionally known as “Kia” was born March 6, 1988 in Greensboro, NC and transitioned from this life on Thursday, March 26, 2020 in Santa Barbara, California. She was born to Lisa Meadows Johnson and Jerome Earl Valentine III. She was adopted and raised by her loving and devoted grandmother, the late Lillian Manns Valentine. 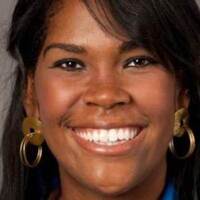 Mekia attended Greensboro Day School, where she began her basketball career as a forward before transferring to Dudley High School for her senior season. She was ranked as the nation’s No. 23 recruit and third-best power forward by the Full Court Press out of high school in Greensboro, NC. She was a top-notch national recruit and played at Wake Forest University for two seasons earning ACC All-Freshman honors in 2007. Mekia then moved on to UC - Santa Barbara, California where she continued her basketball career. She still holds UCSB school records in basketball. She received second team All-Big West Conference honors and was also voted to the Big West All-Tournament team. She made second team all-league. She graduated from UCSB in 2011.

Mekia was a third-round draft pick of the WNBA’s New York Liberty. She was the first Santa Barbara, Gaucho since 2005 to be drafted. Mekia opted to play professional basketball overseas in Israel, Poland, Romania, and Germany instead and had a four-year career. She returned to Santa Barbara after her retirement from basketball. Upon her return she studied nursing at Santa Barbara Community College. She also worked as human resources assistant for a local computer software company.

“Kia,” had an infectious smile that could brighten anyone’s day. She could tell a story that would make you laugh until you cried. She was a very loving and caring person.

A private viewing will be held for the immediate family only. A memorial service will be held at a later date.

How tragically young. What a smile! May she rest in peace.

The Lompoc Police Department is investigating a homicide and separate shooting of a 12-year-old boy within two days.

A Drive-Up COVID-19 Vaccine Clinic on the Goleta Valley Cottage Hospital campus is serving eligible healthcare workers and beginning to vaccinate individuals age 75 and over who live or work in Santa Barbara County.

What do other readers think about tourism and outdoor dining continuing during the COVID-19 pandemic?

Roger reports a possible panga boat landed at the beach below Dos Pueblos Ranch with up to 10 people on board.

Southwest Airlines announces it will include daily nonstop flights to Las Vegas, Denver, and Oakland.

A 32-year-old Santa Barbara man was arrested for sex crimes against elderly victims in a care home.

Authorities Won’t Say If COVID-19 Is the Suspected Cause

Highway 101 Shut Down for Pedestrian Killed Near Milpas