When it comes to securing a Grand Marshal, the Holiday Parade production staff of Downtown Santa Barbara has always pursued, well, a bit of diversity. From local actor-residents such as Michael Imperioli and Noah Wyle, to a creature who lives in a pineapple under the sea (Sponge Bob Square Pants), to an intergalactic freedom fighter (R2-D2), the Grand Marshal has always been a highly-anticipated and delightful addition to the beloved nighttime parade. And this year is no exception.

“We are pleased to announce that we have not one but four Grand Marshals – four of the heroic rescue dogs from Santa Barbara County Search and Rescue!” said Kate Schwab, DSB Marketing & Communications Director. “These dogs were vital to the Montecito debris flow rescue operation – quite literally, they saved lives. With our theme ‘Santa Barbara Shines,’ and our goal of bringing a bit of closure one year after the recent disasters, these teams (four dogs, four handlers) are the perfect four-footed Grand Marshalls for the 66th Annual Downtown SB Holiday Parade, Presented by Consumer Fire Products, Inc!” 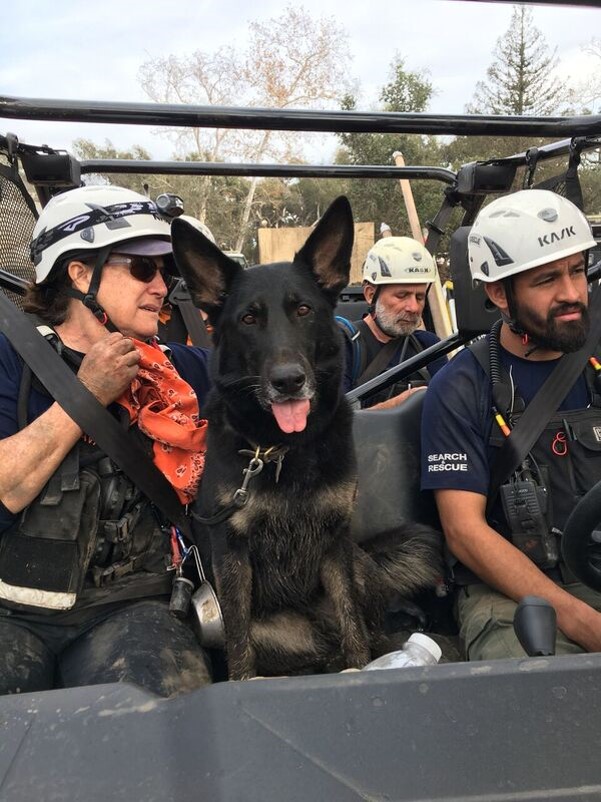 With these brave dogs serving in this important role, Downtown Santa Barbara tapped the perfect Grand Marshal sponsor (and annual parade participant) Lemos Feed & Pet Supply. General Manager Paul Benedix was quick to sign on. “Lemos Feed & Pet Supply is honored to sponsor this year’s Grand Marshals, paying tribute to the Santa Barbara Search and Rescue team and their hardworking dogs!” he said. “As our communities continue to heal from the events of this past year, these dogs and their volunteer handlers stand ready to find, render aid and save the lives of those in greatest need. Lemos is thankful for their sacrifice and service, and for the opportunity to support our communities. We are #805strong!” 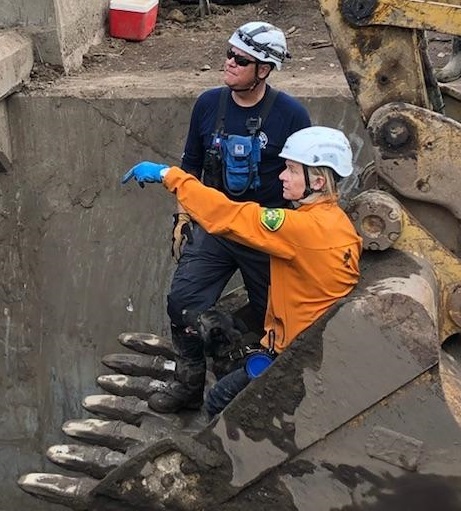 “MacGyver would rather search and play tug than eat,” says Rick Stein. Tracee Walker agrees: “Mojo loves her job – as well as any squeaky toy.” “Rica will do anything for a ball,” says handler Sheila Malavasi. As for Reilly, this one is a “high energy dog bred to work,” says Ann Mare Cullen.

Santa Barbara County Search and Rescue (SBCSAR) is a volunteer organization dedicated to providing professional Search & Rescue capabilities to the Sheriff’s Office and the citizens of Santa Barbara County. Their goal is to locate, access, render aid and provide quality expedient services 24/7 to persons in distress, and minimize injury and loss of life. Together, Lemos and Downtown Santa Barbara are donating $500 to SBCSAR. 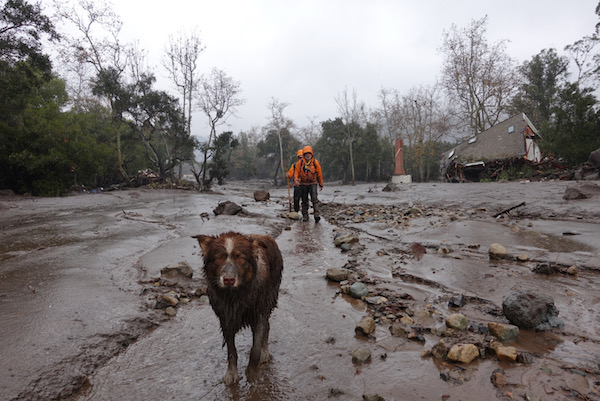 Given the "grand marshals" they should rename the parade and call it the "Howladay Parade"! These dogs are the greatest

What time is the parade? And where on State Street does it end (and estimated time?)
thanks!

Who's a good doggie!?