HOFFMAN-Martin L., passed away peacefully on August 8, 2022 of natural causes, in Santa Barbara, California at the age of 98. Marty was born in Bayonne, New Jersey, on March 20, 1924. Marty completed his B.S. degree in electrical engineering at Purdue University in 1945 where he was enrolled in the Navy College Training Program. He subsequently earned a master's degree in 1947 and his doctoral degree in psychology at the University of Michigan in 1951. Marty then joined the faculty at the Merrill Palmer Institute in Detroit, where he remained until he was appointed as Full Professor to the University of Michigan Psychology Department in 1965. In 1985, Marty came to New York University as Psychology Department Chair. He remained at NYU until he retired in 2003. 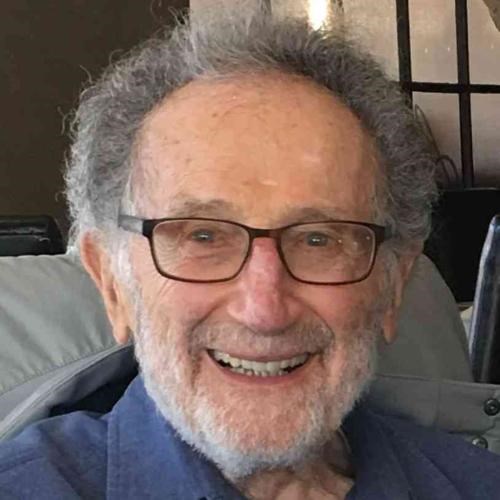 Marty's research and vast scholarly contributions are internationally recognized now more than ever. He was ahead of the field in undertaking research on empathy decades ago, stimulating its subsequent popularity. His work on sex differences and morality was also seminal. As John Gibbs, noted scholar of moral development, wrote, "Hoffman's theory is especially impressive in his discussion not only of empathy's relation to moral development, but also empathy's cognitive complications and limitations as well as its key role in moral socialization. Hoffman's research-based typology of parental discipline techniques remains in prominent use today."

Highlights of Marty's publications include his two volumes Review of Child Development Research Vol 1 (1964) and Vol 2 (1966), co-edited with Lois Wladis Hoffman; his tenure as Series Editor for Cambridge Studies in Social and Emotional Development; and his ground breaking book, a definitive account of Marty's theory, Empathy and Moral Development: Implications for Caring and Justice (2000). Marty's eminence included editing the Merrill Palmer Quarterly, which Martin converted from a newsletter to an academic journal, and his subsequent editing of the premier theoretical Psychology journal Psychology Review. He was a fellow of the American Association for the Advancement of Science and The American Psychological Association.

Marty was married to Lois Wladis Hoffman, with whom he raised two daughters, Amy (James) Kilroy and Jill Hoffman. He subsequently married Elizabeth Ann Kaplan, with whom he shared beautiful experiences in New York, California and across the world for 45 years, until his death. Martin is survived by his wife, his brother Jerry Hoffman, his two daughters, his son-in-law, a step-daughter, Brett Ashley (Philip Phillips) Kaplan, and eight grandchildren, Nicole, Allison, Sarah, Aliya, Jenna, Anya, Melia, and Orestes.

The world has finally caught up with Marty's insight: Empathy is widely recognized as crucial for sustaining the planet, along with the fabric of our democracy and our health, economy, and industrial systems.

If you would like to honor Marty's memory, please consider donating in his name to your local public radio station through National Public Radio at https://www.npr.org/donations/support or to the Public Broadcasting Service https://www.pbs.org/foundation/support/ to help support alternative media that Marty recognized as so vital to our discourse.