It's Day 9 of this year's March Edness! Can you guess the location of the photo? Enter your guess in the form below by 8:00 p.m. and be specific. (What's March Edness? Learn all about it here.)

Guessing has closed and points have been awarded.

This clock with a drawing of an oil derrick is located in front of the Old Town Orcutt Revitalization Association at 120 E. Clark Ave in Orcutt. It's also near the corner of Clark Ave and Derrick Alley, and the service station on the corner.

The town clock was dedicated to the community of Orcutt by the Revitalization Association on February 24, 2009. And it isn't just any oil derrick pictured in the center of the clock, it's "Old Maud," which is spelled right under the drawing.

The Orcutt Oil Field, discovered in 1901 by William Warren Orcutt, was the first giant field to be found in Santa Barbara County. In 1904 a drilling crew transporting equipment was involved in a road accident that toppled their boiler. Instead of putting it together and traveling to their destination, they decided to keep it there and drill in that location.

This lazy decision ended up being the most profitable in Orcutt history as they discovered the largest oil producer on the continent at this time. The well was named "Old Maud" and it produced 12,000 barrels per day, and over 2 million barrels in its history before being plugged and abandoned in 1988. The origin of the name "Old Maud" is uncertain, but some attribute it to the name of a mule, while others say it's after a local prostitute, according to Wikipedia. 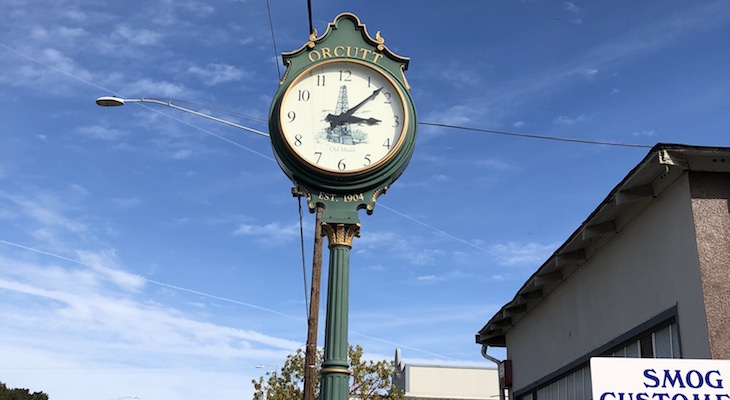 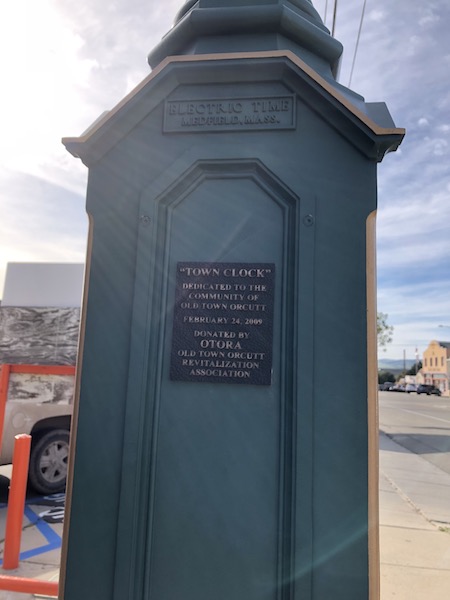 Don't see your username? We either couldn't find your edhat account or you're not a paid subscriber. You must have a paid edhat membership for your points to count. Forgot to upgrade in time but would still like credit? Upgrade your account here and email us at [email protected] to add your points.

Channelkeeper is all wet. We

Of course this means that our

We have big healthy male Anna

Don't know if Haggmark is

Lucky777, thank you for that

Some who recover are left

Thank you! Very enjoyable and