A man suffered moderate injuries and one dog died during a traffic collision on Harris Grade Road Wednesday afternoon.

At 12:04 p.m., Santa Barbara County firefighters responded to a vehicle accident in the 4700 block of Harris Grade Road. They discovered a vehicle had left the roadway and crashed 35 feet over the side, said Public Information Officer Mike Eliason.

Crews gained access to the vehicle and found a male driver in his 50's trapped inside. The Jaws of Life was required to extricate him from the vehicle, which took approximately 10 minutes. He was brought up to the roadway and transported to Santa Maria Marian Medical with moderate injuries, said Eliason.

Three dogs were also inside the vehicle at the time of the collision. One dog died at the scene. 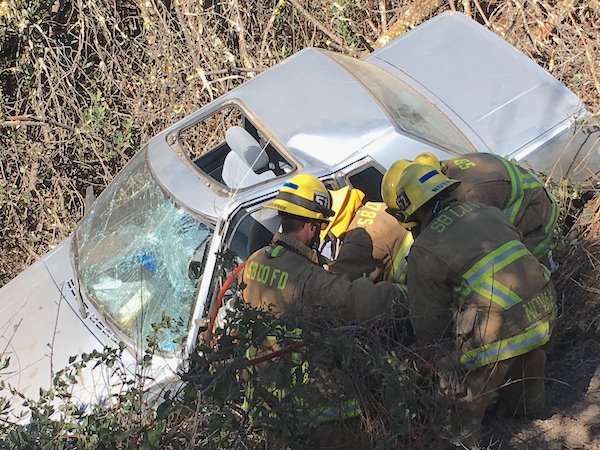 Traffic accident on Harris Grade at the Summit.

Vehicle off road 3 Dogs were in the vehicle 2 lived one did not.

UNknown if injury to the people.