Santa Barbara County District Attorney Joyce E. Dudley announced today that on August 2, 2019, a Santa Barbara jury convicted 30 year-old Angel Anthony Sanchez of kidnap for rape, assault with intent to commit rape with the use of a deadly weapon, carrying a dirk or dagger, resisting a peace officer, and dissuading a witness with the use of force.  The court also found that the defendant perpetrated two prior serious felony strike convictions, and did not remain free of prison custody for five years.

On September 2, 2018, at around 11:30 p.m., 19 year-old Jane Doe was walking down the 3700 block of State Street to withdraw funds from an ATM. The defendant, a complete stranger to the victim, rode up behind her on a blue bicycle. Jane Doe was speaking on the phone to a friend, when the defendant started asking her for her name. When Jane Doe ignored him, the defendant grabbed her phone and threw it into the Dunkin Donuts parking lot.  The Defendant then threatened her with a knife and proceeded to attempt to sexually assault her. Jane Doe fought back. The Defendant then pushed her to the ground and dragged her into the parking lot where she continued to fight and scream while the Defendant pulled down her shorts and underwear.  A Good Samaritan heard Jane Doe’s screams, and drove into the parking lot.  The lights from the vehicle startled the Defendant, who immediately jumped on his bike and rode off.   The victim was able to provide a detailed description of the Defendant and his bike.

Police officers located and arrested the Defendant at the nearby restaurant, the following day, September 3, 2018.  Police also located the defendant’s blue bicycle nearby, closely matching the description of the one provided by the victim.

When the police told the defendant he fit the description of a suspect from the previous evening, the defendant tried to run away. Officers were able to detain the defendant and prevent him from fleeing the scene.

During the course of his investigation, Santa Barbara Police Department Detective Douglas Klug found Jane Doe 2, a woman who was sexually assaulted by the Defendant nearly a decade ago in Los Angeles County. Jane Doe 2 came to court and bravely testified to the jury about the defendant raping her when she was just 16 years-old.

On September 26, 2019, at 8:30 a.m., the defendant will be sentenced by the Honorable Judge Von Deroian, in Department 11 of the Santa Barbara Superior Court. Based upon his criminal history, the defendant is facing a maximum sentence of 41 years and 4 months to life in state prison. 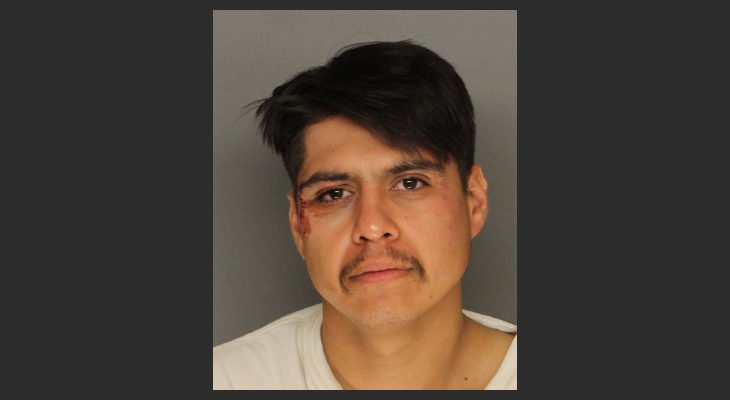 There was a felony hit and

All along friggen keyboard..

I heard there was an accident

I just heard the sirens from

He is just magnificent in