Santa Barbara Police arrested a man under the influence of drugs for stabbing a woman at Ortega Park early Tuesday morning.

At 4:43 a.m., officers responded to a call of a bloody female down on the ground near the intersection of Quarantina and Ortega Streets.

A woman was found with stab wounds and was transported to the hospital. She is expected to survive.

Detectives investigated the assault with a deadly weapon and determined this was not a random attack but rather the involved parties were known to one another. Detectives served a search warrant at the crime scene and located additional evidence, according to Public Information Officer Anthony Wagner.

After lengthy follow-up interviews at the police department and hospital, suspect Emelio Hernandez, age 43, was booked for 245 PC (assault with a deadly weapon), 11550(a) H&S (under the influence of meth), 11378 H&S (possession for sales of meth), and 529 PC (false government documents). 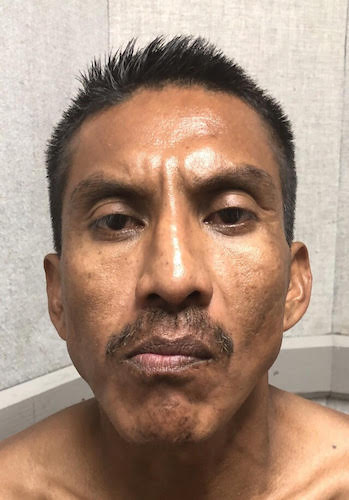 Overnight stabbing of a Female victim in Ortega Park. I caught the tail end of the investigation, Police are interviewing witnesses for a Code 245pc: Assault with a deadly weapon. There are barricades up and it sounds like limited access to the park.

Hey trolls and readers, wtf have we come to when we call human beings "transients"? Subatomic particles are "transient" they degrade in a split second.

Everyone dies at some point so guess we're all "transients".

Whatever the people who object to a certain label should dictate that we address them as, I went and did a search on "california homelessness" and all the videos were long, and from many months ago. Does anyone have any idea how to find a recent video that surely shows that the situation has improved by our local and state leaders?

Except drifters move on. These are vagrants and bad 'uns beyond redemption. And I write "beyond redemption" because their brains are fried from all their drugs and alcohol. They are lost souls.

Can we still say "drifter"?

MYHONO. Ok. We will call them what they are.....vagrants. This one is a jerk.

Dude you've defiantly taken one too many hits of acid in your day.

Have a better term for homeless, drug addicted vagrants?

Is this the same Emelio Hernandez who was a standout soccer player from SBHS who was offered several scholarships to major universities (including UCSB and Westmont)? If so, he was a sweet kid who must have taken a wrong turn somewhere.

When you use google to search someone by name, you need to enter their name correctly. Do not enter the name with incorrect spelling because the search results won't be what you actually want.

The downvotes are because of the assumption that this guy with a common name must be the star soccer player who has fallen from grace. Without any supporting facts. If you google his name you can find a bunch of emilio's out there, some of whom also played soccer. If you can't say anything nice, then........

I don't understand the 6 down votes on that comment. Everyone was a sweet kid at some point in their early lives. Homeless people are down on their luck for many reasons, all of them sad. Lots of people take wrong turns, including those in power, just LOOK at today's GOP! It's rife with criminals. The only difference is they have money and (most of them) don't have substance abuse problems.

Thank You for saving her life Hopefully she will get cleaned up.

I sure hope the victim is not one of these two gals I know I haven't seen either one of them today.

Busted:
The victim, a female transient, was taken by AMR ambulance to Santa Barbara Cottage Hospital, where she was reported to be in surgery, Wagner said.
Her name and details on her condition were not available.
After obtaining a search warrant and locating additional evidence, officers arrested Emelio Hernandez, 43, a transient, on suspicion of assault with a deadly weapon, being under the influence of methamphetamine, possession for sales of methamphetamine, and possession of fake government documents.

Two transients involved in this incident, according to Noozhawk.

How come they are only called ' transients ' when they are involved in a serous crime. Otherwise they are called 'homeless'.

I have no more information at this time.

California is descending deeper into drought with a "Drought Emergency" declared in NorCal with cooler temperatures and a robust marine layer offering temporary relief.

The Santa Barbara County Public Health Department announced it will adjust its vaccination strategy to meet the current needs of the community.

Roger reports a large truck may have collided with a bridge near the Bailard offramp on Highway 101 northbound.

Scanner Andrew reports a single vehicle crashed into the side of a downtown Santa Barbara restaurant at Haley and Fig Streets.

[Update]: The cause of a structure fire in the 1300 block of Dover Hill Road that took place on Saturday was determined to accidental due to an electrical malfunction.

Do I Still Need to Wear A Mask if I've Been Vaccinated?