At approximately 3:30 p.m. yesterday, June 13, 2017, personnel from the Santa Barbara County Probation Department and the Compliance Response Team conducted a compliance check at a residence in the 900 block of S. Blosser Rd. in the City of Santa Maria. 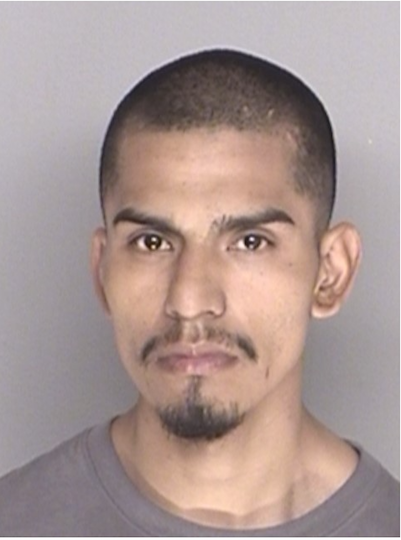 27-year-old Pablo Ordaz, who is on probation, was found to be in possession of methamphetamine along with stolen property which included passports, checks, drivers licenses and a professional model drone. Also found in Ordaz’s residence were items commonly used to forge bank checks and create false identification cards. Ordaz was arrested for violating the terms of his probation and for possession of a controlled substance.

Ordaz was booked at the Santa Barbara County Jail for a violation of probation and is being held without bail. The Sheriff Office will be requesting the District Attorney’s Office to file additional charges related to the thefts and possession of stolen property.The investigation into the stolen property is ongoing. Sheriff’s deputies are in the process of contacting the theft victims. So far, they have located several victims, including the owner of the stolen drone. Most of the items recovered were not reported stolen.

If you believe you have been a victim of a theft, you are encouraged to report these incidents to your local law enforcement agency. The Sheriff Office reminds our residents that you can choose to report crimes yourself online by going to http://www.sbsheriff.org/onlinereportstart.html.

The Sheriff Office also wishes to remind the public not to leave valuables in unsecured vehicles.

"Most of the items recovered were not reported stolen."

This is a major problem with American law enforcement, they take items just because it might have value if stolen. It does not take proof or even probable cause to take your property, just the fact that you do not have a receipt for it instantly handy - and sometimes even if you do have a receipt, they still take it!

The local cops still have my ipod, phone, toys, coin collection, and various birthday presents that they took when I was arrested for theft when I was a kid. Many of the items were taken despite my mom having receipts for the items and others that she insisted I had saved up for or received as gifts. She is perfectly reputable and they knew it, she works at the same place they do.

The Environmental Defense Center proposes threats of ExxonMobil's proposal to restart three local offshore oil platforms and truck the oil along the winding coastal Highways 166 and 101.

The Goleta Police Department is participating in “Operation Clear Track,” a rail safety initiative to raise awareness of the importance of making safe choices near railroad tracks and trains.

Santa Barbara County Association of Governments Highway 154 Safety Committee announced they will convene a meeting at 6 p.m. on Wednesday, September 29 via zoom webinar.

Vehicle vs Motorcycle on Hwy 246

Andrew reports a vehicle and motorcycle collision on Highway 246 with a victim requiring helicopter transport.