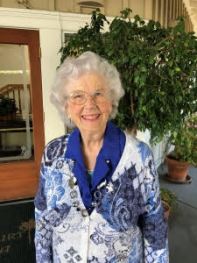 After a long, hard battle with COVID-19, Luella Mae Draper Zerr died January 29 in her sleep, her family announced. She’d been very healthy before she fell ill and was just shy of 88 years old.

In 1954, as a single young woman, Luella braved the world and took a train from her hometown of Aberdeen, South Dakota, to the West Coast. She married a widower, Steven Zerr, whose two children were “yearning for a mother,” her family said.

Luella’s own mother had died when she was a toddler, “so she grew up dreaming of being the best mother and wife she could be,” they said. “Her surviving three daughters ― Kathleen the eldest; Susan Bye, the one in the middle; and Luann Caesar, the ‘baby’ ― along with many grandchildren and great-grandchildren would all agree she more than succeeded.”

“We are comforted knowing she will be reunited with Steve, her husband and our dad, along with Gary and Keith, her predeceased sons,” the family continued. “We wish them all grace and glory together once again.” In lieu of flowers, they suggested mailing a donation to Carpinteria Beautiful in Luella’s name. 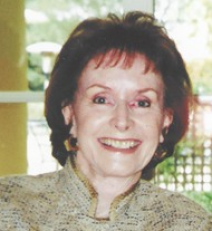 Elizabeth “Betsy” Swift Kline was 89 years old when she died of COVID-19 and other underlying health conditions at Casa Dorinda in Montecito. Her family thanked Dr. William Koonce and his medical staff at the assisted living facility for their “great care” in her final days.

Betsy was born in Pasadena and married her high school sweetheart, Mortimer Allen Kline Jr. She attended Stephens College in Columbia, Missouri, and the University of California at Berkeley, where she joined the Pi Beta Phi sisterhood.

Mort’s oil career took them to Colorado, Canada, and finally West Los Angeles. Betsy was active in the Junior League there, and was a member of the Westside Readers and Les Amies groups as well as the Bel-Air Garden Club.

Betsy was preceded in death by Mort and is survived by their children, Sandra Kerry and Mortimer III, and their grandchildren, Lindsay, Samantha, Kiera, and Palmer. The family said a private service will be held at a later date. 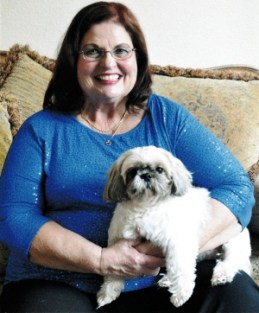 Jo Carol (Zellers) Murphy loved her family, her pets, and good food. “If that brings inspiration for giving to a local nonprofit dedicated to those life-fulfilling forces,” her family said, “by all means do that in her memory.”

Jo Carol, a lifelong Santa Barbara resident, passed away from COVID-19 complications at the age of 75 at a senior care community in Escondido. “She will be remembered for her generosity, opening her home throughout her life to those who needed a place to stay, for however long,” her family said. “The house was never too crowded, money was never too tight, and everyone was family while they were there.”

While raising three kids with her husband, Tom, Jo Carol she worked as a bookkeeper at Federal Drug, Santa Barbara Distributing Company, MarBorg Industries, and Santa Barbara High School. She was also an active volunteer at her church, her children’s schools, and other community groups. In her free time, she loved gathering with her bunco group on the Mesa.

Jo Carol had a special soft spot for dogs and cats. Her last dog, Gracie, was a close companion. “No public funeral service will be held during the pandemic,” her family said. “Anyone who knew Jo Carol will find a way to celebrate her life, without a doubt.”

The COVID-19 pandemic has taken a terrible toll on our Santa Barbara County communities — as of this writing, 330 of our neighbors are dead. In an ongoing series, the Independent is putting names and faces to this growing number with the purpose of conveying the human toll of the coronavirus. We feel it is important to recognize and remember these individuals as people, not just statistics. To share the story of a lost friend or loved one, contact Senior Editor Tyler Hayden at [email protected].

Putting a face to the victims of this terrible disease is a very good thing. RIP all

AMR and Rescue cleared to