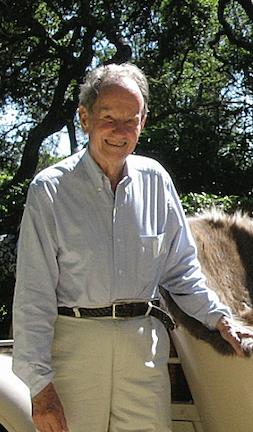 Kellam de Forest, one of the most dogged, determined, and recognizable of Santa Barbara’s dwindling cadre of historic preservationists, died this week of COVID-19. He was 94.

De Forest struck an unmistakable figure in town the past 25 years, slight of build and slow of speech. His mind, however, was always quick and precise, as anyone listening to his frequent testimony before the city’s Historic Landmarks Commission could attest. De Forest bird-dogged such meetings, highlighting the inevitable collision course between proposed new developments and Santa Barbara’s historically defining architecture.

De Forest was the son of noted Santa Barbara landscape architects Lockwood and Elizabeth de Forest and grandson of the equally famed landscape painter, Lockwood de Forest. His father, for example, designed the landscaping of the Santa Barbara Museum of Natural History, much of the Botanic Garden, and Montecito’s Val Verde estate.

Kellam de Forest was not one to rest on his parents’ laurels and enjoyed a long and successful career of his own making, creating the largest historical research consulting firm in Hollywood. Starting out in 1952, he would work on such high profile TV shows as Star Trek, Peter Gunn, Gunsmoke, The Twilight Zone, and The Untouchables. He also worked on blockbuster films like The Godfather and Chinatown.

De Forest was born in Santa Barbara and grew up in Mission Canyon, a child of Santa Barbara’s cultural and political royalty. He attended Crane and Thacher schools, served time in the military during World War II, and then graduated from Yale with a history degree. His parents were part of the Plans and Planting Committee, which, under the tutelage of civic matriarch Pearl Chase, reinvented the architectural style that would define what Santa Barbara came to look like.

Once Kellam de Forest moved back to Santa Barbara in 1992 with his wife, Margaret, he threw himself into the preservationist cause with focused abandon. He advocated for the protection of the Rio Grande gas station, striking and distinct for its Moorish tile work. Likewise, he was a passionate advocate for opening Val Verde, the Montecito estate for which his father designed the landscaping.

As an activist, de Forest brought the same precision and rigor as he had as a Hollywood consultant. “Kellam was very direct. He didn’t get emotional,” recalled Mary Louise Day, a fellow preservationist and Santa Barbara historian. “He was very businesslike in meetings. He was someone who wanted to accomplish things. He was not there for the chatter or the gossip.”

De Forest won numerous accolades for his work even as Santa Barbara’s political tides shifted to favor higher density development. When he received the St. Barbara award in 2007 from then-mayor Helene Schneider, de Forest commented, “It is only by bringing attention to threats to historic structures and sites that makes Santa Barbara a unique city.” 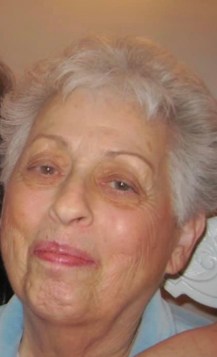 Renee Kramer, an expert mah-jongg player, lover of chocolate, and adored matriarch of her family, died January 15 after a short battle with COVID-19. She was 88.

Kramer was born in Brooklyn in 1932 and moved to Hollywood in 1952. With her lightning-quick typing skills, she soon landed work as a legal secretary for several judges in the Van Nuys Municipal Courthouse. After retiring and divorcing 20 years later, she became a notary public. “She also helped organize other people’s filing systems,” he family said in her obituary, “and enjoyed helping them program their VCRs!”

Renee remarried to the love of her life, Ted Kramer, in 1978, and lived in San Diego until his death in 1988. She then relocated to Santa Barbara.

“Renee was a funny, nurturing, intelligent woman who was always willing to listen to anyone’s troubles and provide loving advice,” her family said. “She was a wife, mother, sister, stepmother, aunt, mother-in-law, grandmother, great-grandmother, friend & confidant, and will be missed by so many.” As good as she was at mah-jongg, she was just as unbeatable at Scrabble and bridge.

“We loved you, Mom,” her family said. “We will miss you forever.” 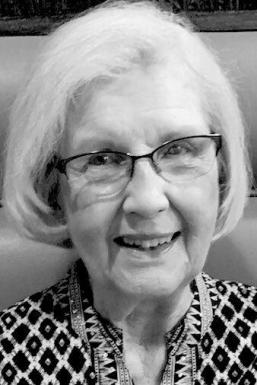 Although isolated by COVID-19, Louise Ann Elliott died New Year’s Eve “peacefully blessed with the enduring love of her family,” her obituary says.

Louise was born on January 26, 1930, in Nebraska, and when she was 11 years old, her family moved to Stockton, California. She met her husband, John Elliott, in high school, but it wasn’t until they both graduated that they started dating and fell in love. They had two sons together, Jay and Tom.

Louise ran the household, worked part-time as a secretary/bookkeeper, started an interior decorating business, and did volunteer work at Dameron Hospital and the First Congregational Church. She liked to spend time with her friends, play bridge, tend to her cats, listen to Frank Sinatra, and spend summers with her family at Lake Tahoe.

After John passed away in 2003, Louise moved to Santa Maria, where she made many new and dear friends, including those at Merrill Gardens, her residence since 2012.

“Louise was a loving wife, wonderful mother, and a kind and generous friend,” her family said. “She taught her sons the importance of treating others with dignity and respect. Louise was also a stickler for good manners and grammar and never failed to note when either one was breached.”

The family asked that memorial contributions be made to the Zach Elliott Memorial Foundation or to the Alzheimer’s Association.