Judy Forshey was 82 years old when she died January 30 of COVID-19 complications. She loved to dance, especially to country music. 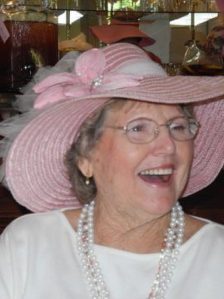 Though born in North Hollywood, Judy grew up in Santa Barbara, where she married Reid Forshey and raised four children. Neighbors would hear her familiar call to them at dinnertime: “Leslie, Lisa, Loren, and Lee!”

Judy’s family remembered plenty of happy memories during frequent lake trips, where they’d play on the beach, fish, water ski, and ride dirt bikes. After the kids were grown, Judy and Reid traveled cross-country several times in their motorhome.

“Judy loved people and was quite social yet always content with a good book,” her family said. “She had a strong faith, cherishing good memories that made her feel happy. She always looked for the good in others and in her life.”

Due to COVID restrictions, a celebration of life will be held at a later date.

The eighth of 12 children born to immigrant parents, Mike Torres Martinez and his family moved to Carpinteria in 1942 as they followed the growing seasons. “He was a loving and caring husband, father, and grandfather,” his family said. “His character was defined by strong values of faith, hard work, honesty, responsibility, respect, being thankful, and getting along with others.” 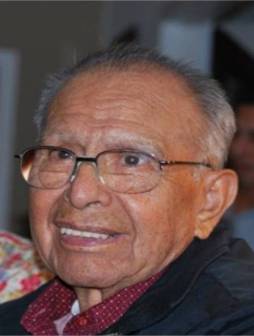 During WWII, Mike joined the U.S. Army’s 14th Armored Division ― nicknamed the Liberators ― which fought across France and Central Europe and freed countless POWs, including those at the infamous Dachau concentration camp. Mike was wounded six days before the war ended and received a Purple Heart.

After he returned to Carpinteria, Mike met and married Ramona Gonzales, and together they raised two sons. He worked many jobs over the years, including for the Carpinteria Lemon Association, as a ranch foreman for Rancho Feliz, and later as a custodian at San Marcos High School. He retired after 22 years with the school district.

To Mike, family always came first, they said. He happily spent his retirement side by side with Ramona, traveling, gardening, and visiting garage sales.

“The family would like to thank the Cottage Hospital ER staff in Santa Barbara, his medical doctors at Sansum Clinic, and staff members of the GranVida Senior Living and Memory Care community,” they said. “A special thanks goes out to the emergency personnel of AMR and the Carpinteria-Summerland Fire District. You were always there when we needed you.”

“Judith impressed and charmed everyone she met,” her family said. “She was the kind of person to develop lifelong friendships after meeting someone on a plane or in a grocery store.”

Born in Nashua, New Hampshire, in 1929, Judith Brown of Santa Barbara died this month of COVID-19. She is survived by her children Joshua, Ethan, Adam, and Elissa, and grandchildren Jessica, Tawnya, Bryson, Elise, Rebecca, and Leah. 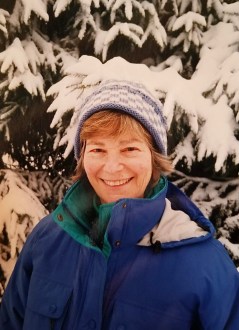 After college, Judith’s goal was to become an occupational therapist and move to Alaska, her family said. But life intervened when she met and fell in love with George Brown. The couple and their four kids moved to California in the early 1960s when George became a professor of education at UC Santa Barbara.

Judith accompanied George when he went to the Esalen Institute to study Gestalt therapy under founder Fritz Perls, who was so impressed by Judith that he trained her as well. This started Judith on a path of professional development that eventually included a PhD and a long career as a licensed marriage and family therapist. She also published three books.

Athletic and active, Judith was a charter member of the Santa Barbara Tennis and Swim club and took Pilates classes well into her eighties, her family said.

The COVID-19 pandemic has taken a terrible toll on our Santa Barbara County communities ― as of this writing, 396 of our neighbors are dead. In an ongoing series, the Independent is recognizing and remembering these individuals as people, not just statistics. To share a story of a lost friend or loved one, contact Senior Editor Tyler Hayden at [email protected].

I'm always surprised when I read obits that there are so many great people who lead admirable lives, I guess because we mostly hear about the few who don't, and daily, those who are rude and behave badly stand out.

they put the time on the

They haven't really had a

I wonder if all the farm