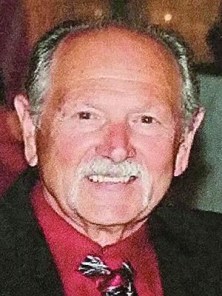 Fred Joseph Markley died January 19 with daughter Sheri, his greatest pride and joy, and ex-wife Mary Lou, his best friend of 58 years, by his side. The cause was COVID-19. Fred was 84.

As one of the original officers of the Carpinteria Police Department (before it transitioned to the Santa Barbara Sheriff’s Office), Fred was promoted from patrolman to detective. He worked burglaries and juvenile crimes and was the recipient of the H. Thomas Guerry Award for valor and bravery. He also served as a court bailiff until 1999 when he hung up his spurs for good.

Fred had many hobbies and interests, his family said. He loved to hunt and fish as well as read, travel, dance, and drive fast cars, especially Corvettes. He was a member of the Santa Barbara Corvette Club and participated in many of its monthly runs. He was also president of the Carpinteria Lions Club.

Fred will be buried at Pierce Valley Oaks Cemetery in Westlake Village, his family said. A celebration of life will be held at a later date when public health conditions allow. 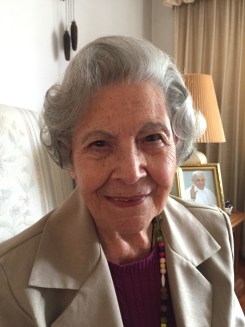 Christina A. Perez, affectionately called Gi-Gi by her four great-great grandchildren, died February 4 from COVID-19 at Cottage Hospital, where she worked for many years as a nursing assistant before her retirement. She was 93.

Earlier in life, Christina had worked at a lemon-packing plant in Carpinteria. She met and married her husband of 50 years, Leopoldo, and together they raised two sons, Raymond and Robert. In addition to her boys, their wives, and her great-great grandchildren, Christina is survived by six grandchildren, 14 great-grandchildren, and many nieces and nephews.

Christina had a passion for flowers and delighted in her garden on Ogan Road, her family said. Friends and relatives always looked forward to her delicious Mexican feasts. “She was known for her sweet smile, and her kind and compassionate spirit,” her family said, and her devotion to her Catholic faith was witnessed weekly at Saint Joseph Church. 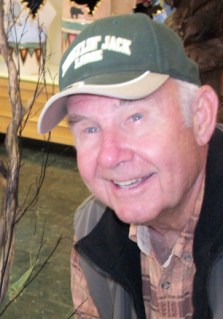 Born in Tacoma, Washington, Dean McIntyre had a paper route at age 9 and shot his first deer by 11. When his family moved to a small farming town on the slopes of Mt. Rainier, Dean took care of the dogs and horses and fished in nearby streams. He excelled in sports ― starring on his schools’ football, basketball, and baseball teams ― and during the war years worked for the forestry department.

In 1950, his family moved again, this time to Santa Barbara, where Dean and his father opened the Bill and Dean Mobile gas station in Montecito. They transitioned a few years later to a larger station on the corner of State and Sola streets.

Dean married “his beautiful Louise” in 1953, his family said. They had a daughter, Darcy. Dean doted on Darcy, and they embarked on many adventures together. They climbed Mt. Whitney and every winter spent two weeks snowmobiling in Wyoming.

Dean had a successful career in real estate, where his quick wit and big smile were assets. For the last 25 years, he played senior softball and helped several of his teams make it all the way to the Senior Softball World Series.

Dean died January 20 at age 90 from complications of COVID-19. His family ended his obituary with a poem: “Best of all he loved the fall // The leaves yellow on the cottonwood. // Leaves floating on the trout streams and above the hills. // The high, blue windless skies. // Now he will be part of them forever.”

The COVID-19 pandemic has taken a terrible toll on our Santa Barbara County communities — as of this writing, 337 of our neighbors are dead. In an ongoing series, the Independent is putting names and faces to this growing number with the purpose of conveying the human toll of the coronavirus. We feel it is important to recognize and remember these individuals as people, not just statistics. To share the story of a lost friend or loved one, contact Senior Editor Tyler Hayden at [email protected].

I am thankful the Independent and EdHat are putting names and faces to some of the people taken by this pandemic. May they Rest In Peace.