Never have I seen a space more eclectic and inspiring than the little shop on Anacapa Street in Santa Barbara’s Funk Zone.

Loveworn is full of creativity and vision like no other. Between the upbeat 80’s dance music playing in the background and refurbished denim everywhere you look, the store exudes a rebellious yet tenacious tone and welcomes its visitors with open doors.

The store’s co-owner Jill Johnson expressed her infatuation with the space she has helped to create. “Think the whole energy of the store is special, I like that I can do what I want,” said Johnson. 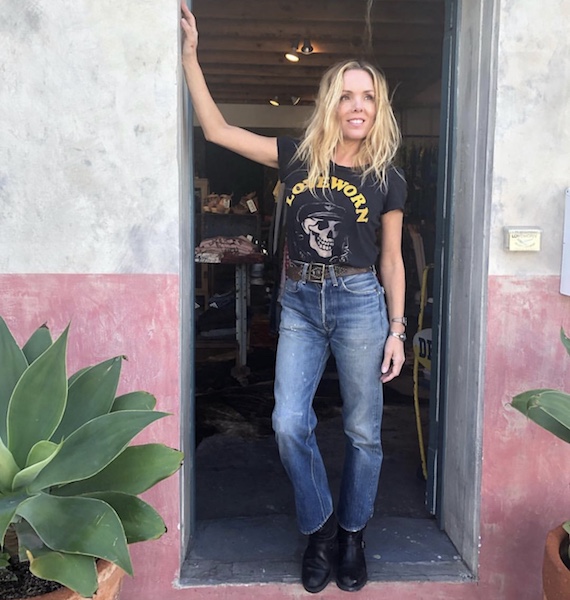 I admire the creative freedom that Johnson with her creative partner and local artist, Wallace Piatt, have put into their business over the years. They began collaborating when they decided to open True Grit together on State Street in 1991. After the closing of the store, Johnson and Piatt continued to develop as artists on their own only to reunite about two years ago to invent Loveworn.

Loveworn is more than just a store, it’s a brand in which the owners have fully embraced through the rebirth of 90s fashion. Johnson tells me that the store has a registered trademark and now it’s just a matter of making the brand bigger. They also have a gallery in which all of the original art by Piatt is sold but also serves as a hang out spot.The warehouse-style gallery is attached to the store and was opened about a month ago. 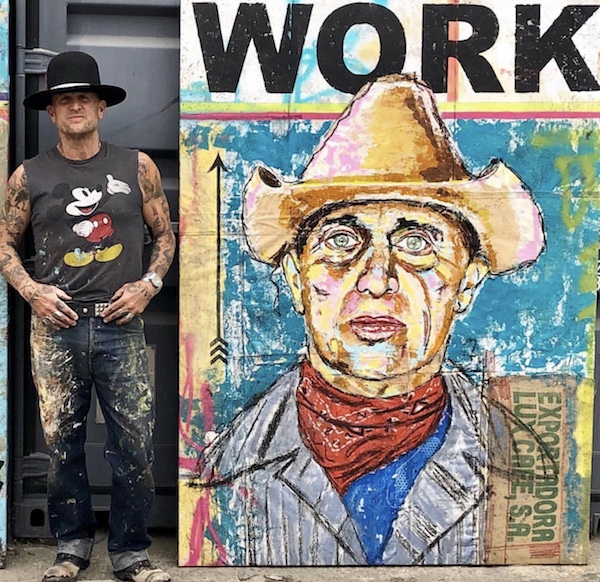 While sitting on a white sofa in the natural lit gallery amongst floor to ceiling masterpieces full of vibrant colors and satirical messages we chatted about Piatt’s work. Each painting in the gallery has a story. When I ask which one is his favorite, he looks around and points out about five different paintings before giving up and saying he likes them all.

Piatt explains how his art has changed over the years. He says that his art “had the chaos but it was organized chaos and it didn't have a voice yet.” Looking around the gallery, it is clear to see that his paintings certainly do seem to have a voice now.

After expressing my curiosity about their vision for when the store began, Piatt tells me that their artistic movement began simply with a T-shirt. Looking around the store, I am amazed at how far they have come since then. From painted cashmere sweaters to studded Levi denim jackets, Loveworn speaks its own language offering one-of-a-kind pieces made from immeasurable talent.

The store is a spectacle to both locals and visitors who are looking for something they won’t find anywhere else. Johnson and Piatt are the dynamic duo who make it all happen. Their passion and grit towards their business is not unlike anything you see in other local businesses in Santa Barbara, but their unique sense of style and artistic eye is incomparable. 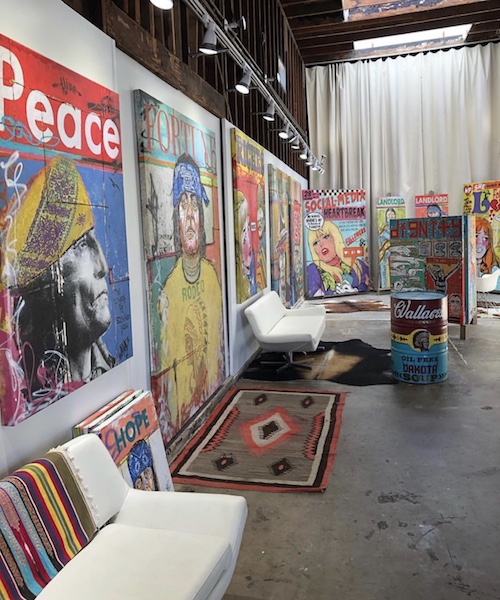 “We’re perfect business partners together because we are both very creative and we trust each other and we respect each other,” Piatt said.

Loveworn will be celebrating with an opening community party on May 17th during the Funk Zone Art Walk and will be featuring new works from Piatt and guest artist Pedro De La Cruz.

And here was my white bread

Wow, just wow. Do you always

MJ - “We have women with good

Exactly. How is that even

“Every record has been

A problem there? Soon to be

KEYT says " In the meantime

My parents took us to Sambos