At approximately 9:30 a.m. this morning, October 11, 2017, Sheriff’s deputies responded to a report of a suspected robbery at VIP Tobacco located in the 600 block of Alamo Pintado Road in the City of Solvang. Two suspects, a male and a female, were reportedly involved in the crime. The suspects were last seen leaving the parking lot in a red Mitsubishi Eclipse. A matching vehicle passed responding deputies at HWY 246 and Casino Way. The deputies attempted to conduct a traffic stop on the vehicle, activating overhead emergency lights but the suspect vehicle refused to yield and sped away.

The driver, who was later identified as being 31-year-old Demetrius Ford of Los Angeles, merged onto Highway 154 driving at a high rate of speed. Due to public safety concerns, deputies terminated the pursuit. Several minutes later, Ford crashed into several motorists in 3500 block of Highway 154. One of the victims sustained minor injuries.

Deputies responded to the area and discovered that Ford had fled the accident scene in his vehicle. He subsequently rammed a closed gate at a neighboring ranch in the 4000 block of Highway 154 and then collided with a tree. Ford continued to avoid capture by fleeing on foot from the crash scene and attempted to steal another vehicle parked at the ranch. Deputies were able to access the locked vehicle via a window and removed Ford from the truck, taking him into custody without further incident. It was later determined that the unknown female was not in the vehicle that Ford was driving. An investigation is continuing to determine her identity and level of involvement.

Personnel from the Santa Barbara County Firefighters and American Medical Response responded, treated Ford and transported him to the hospital with moderate injuries. He was booked in absentia on an outstanding no-bail drug-related probation warrant out of Los Angeles County as well as the following local charges: providing a false name to a peace officer, shoplifting, reckless evading, felony hit and run resulting in injury, felony vandalism, resisting/threatening a peace officer, vehicle theft, possession of a controlled substance, possession of drug paraphernalia, possession of tear gas by a prohibited person/felon and driving on a suspended license.

Ford will be transported to the Santa Barbara County Jail after he is medically cleared from the hospital. 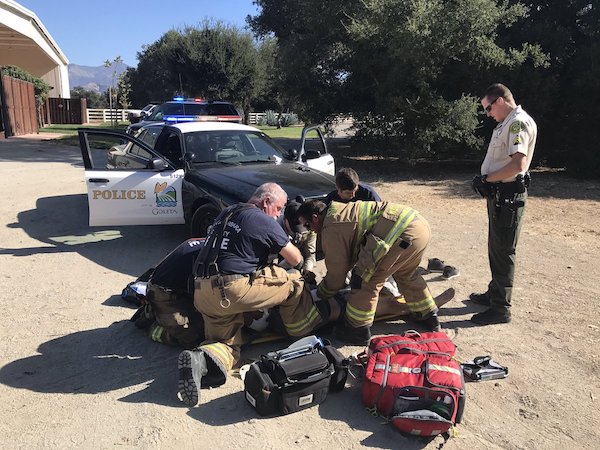 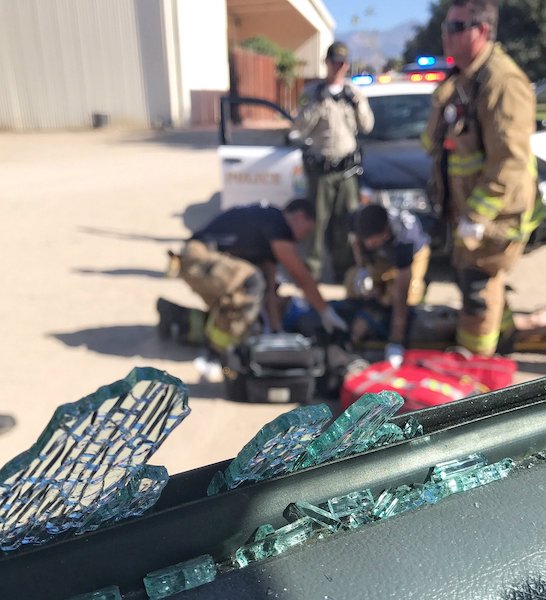 A shoplifting suspect now started a pursuit on Alamo Pintado, the vehicle is on Highway 154 heading towards Goleta.

Yeah, your first task is to

I think Aera is approaching

A heartfelt THANK YOU to all

Here we go, get ready for an