Over the past month and a half the Lompoc Police Department has seen a rise in gun/gang related crimes. The following is a summary of several cases involving local gang members:

On 10/13/20, at approximately 9:53 PM, LPD Officers responded to the 700 block of North D St. for reports of shots fired in the area. Officers located evidence of a shooting in the area. During a search of the area Officers made contact with a group of gang members. A 16 year old gang member, who was part of that group, was found to possess a loaded revolver. The juvenile was arrested at the scene.

On 10/26/20, at approximately 2:58 PM, LPD Officers were conducting a follow up investigation to a shooting that occurred on 10/25/20. Officers located a group a gang members in the area of the 600 block of W. Maple Ave. The group dispersed prior to police contact. A 15 year old gang member was contacted leaving the group. The juvenile was found to possess a sawed off shotgun and a loaded handgun concealed on his person. The juvenile was arrested for several firearm related charges. 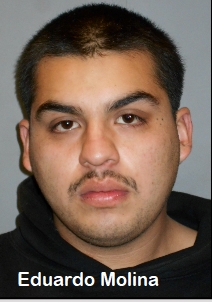 On 11/06/20, at approximately 3:39 PM, LPD Officers responded to the 600 block of North 4th St. for reports of shots fired. Officers obtained a suspect and vehicle description during the course of the investigation. Later in the afternoon Officers located the suspect vehicle in the 200 block of E. Pine Ave. Officers identified the driver to be 27 year old, Oscar Diaz, as well as two other juvenile passengers. All the occupants of this vehicle are documented gang members. Officers attempted to conduct a traffic stop of the suspect vehicle. Diaz led Officers on a pursuit that ultimately ended in the 400 North K/L alley. Officers arrested a 17 year old passenger for resisting arrest. Diaz was able to flee from the area in the vehicle. On 11/09/20, Officers located and arrested Diaz in connection to the shooting and felony vehicle pursuit. 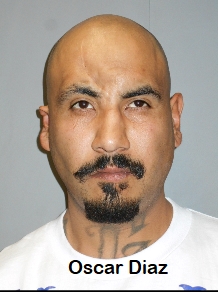 On 11/11/20, at approximately 11:04 PM, LPD Officers responded to the 500 block of N. M St. for a reports of shots fired. Officers located evidence of a shooting. While Officers were on scene they contacted 18 year old gang member, Emmanuel Hernandez and a 15 year old juvenile gang member in the area. Officers found both of these subjects to possess loaded handguns. Further investigation revealed that a victim had attempted to transport himself to a San Luis Obispo area hospital with a non-life threatening gunshot wound. Hernandez and the juvenile were both arrested for numerous gang related firearm charges, including assault with a deadly weapon. 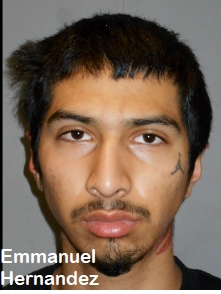 Aside from the above arrest cases the Lompoc Police Department has investigated at least 10 confirmed shootings within the city and confiscated 15 firearms during this short period time.

No school, no role models to inspire them to any life other than gangs, no aspiration except guns and drugs and breeding and prison and death.

How many apprehended? Should be more like how many gang members not apprehended. Sweep that City.

I, too have a scanner where i can pick up, Buellton, Solvang, Lompoc, Goleta and Santa Barbara . I hear three to four times the amount of crimes commited in both, Goleta ( I.V. ) and Santa Barbara then i do, Lompoc .