The Downtown Santa Barbara Live Art and Wine Tour returned after a pandemic hiatus for its 20th Anniversary on Thursday.

Sponsored by the Towbes Group and produced by the Downtown Organization, attendees started at the entrance to the Arlington Theatre and were given a map, a wine glass, and a plastic plate to enjoy the local purveyors ahead.

There were eight stops north of Carrillo Street to visit before the final shebang back at the Arlington. All included savory bites from local restaurants, samplings of county vineyards, and a live art demonstration for all non-artists to marvel at.

"Attending this event gives guests the opportunity to experience live art at some of the best galleries downtown while enjoying delectable food & drink," according to the Downtown Organization. 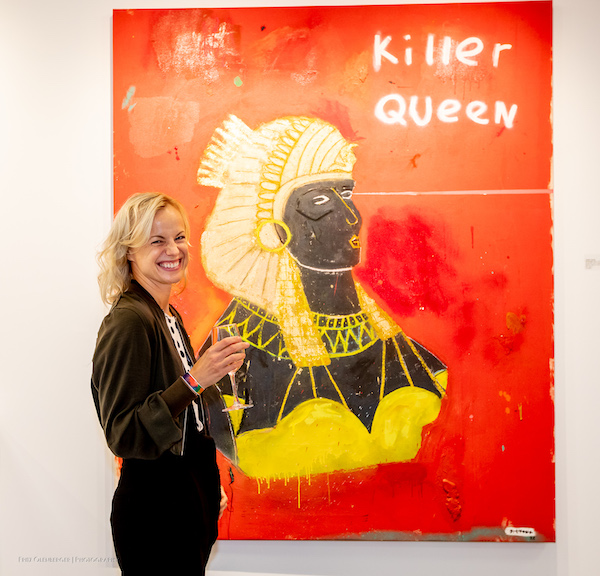 The dispersed crowds then made their way back to the Arlington Theatre where the entryway and back patio had been transformed into quite the finale party. There were more food offerings from local restaurants, samplings of local beer and wine, and two large tables full of silent auction items. 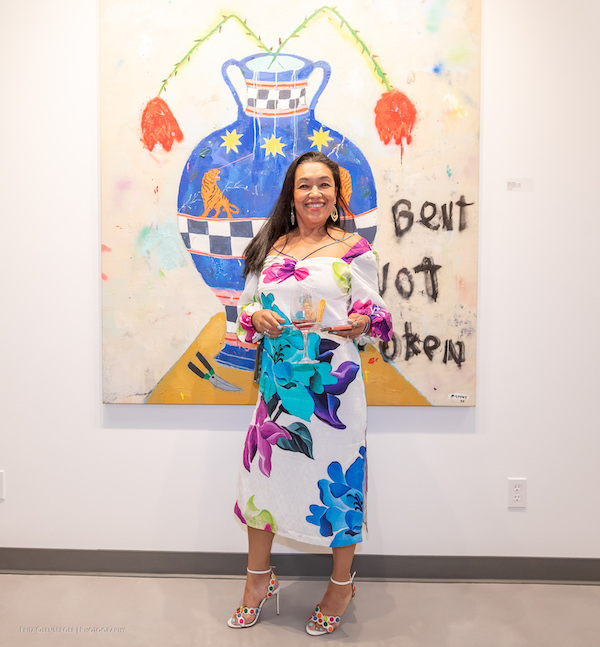 Aerial performances took the metaphorical center stage in front of the theatre's large doors and on the back patio attendees enjoyed dancing to the music of Mezcal Martini.