This weekend I stumbled upon a turtle on the sidewalk at the intersection of Arrellaga and SB streets. It was heading away from the park toward traffic (see pic of where I found him).

Lucky for this little fella, I had neighbors with turtles in our shared yard, so I knew how to handle him. To do so safely, pick it up with its head facing away from you, and place your hands on the outer edges of its shell centered directly between it's front and back legs. Their beaks (mouth/face) cannot reach you this way, and their legs/claws are too short to get you. Once touched, even the bravest of turtles will likely retreat into its shell.
My attempt to slip him under the bottom rail of the fence failed because he was an inch too big (how did he get out in the first place?). I tilted him sideways and was able to slide him through the vertical slats in the fence, safely placing him within the park perimeter.
I then ran around the fence back into the park and placed him closer to the water area next to a tree (see pics).
I am no "turtle expert", but it seems to me they are safer inside the park than out on the sidewalk.
Be safe little buddy! 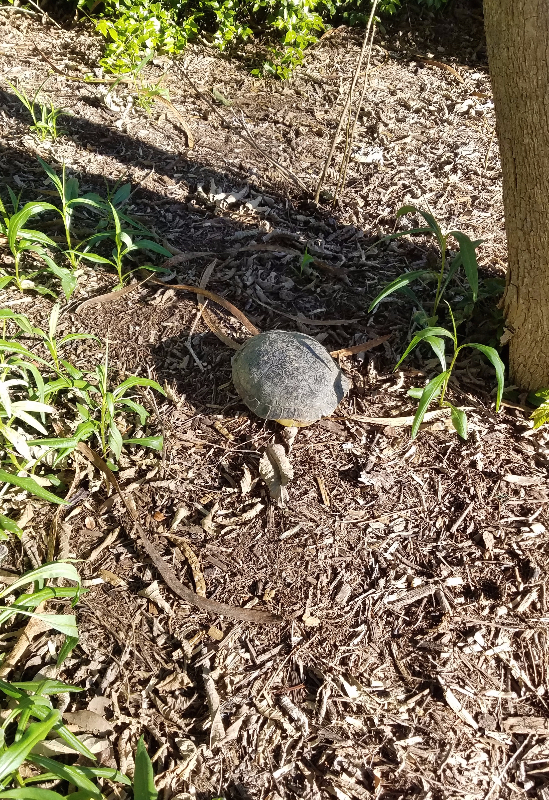 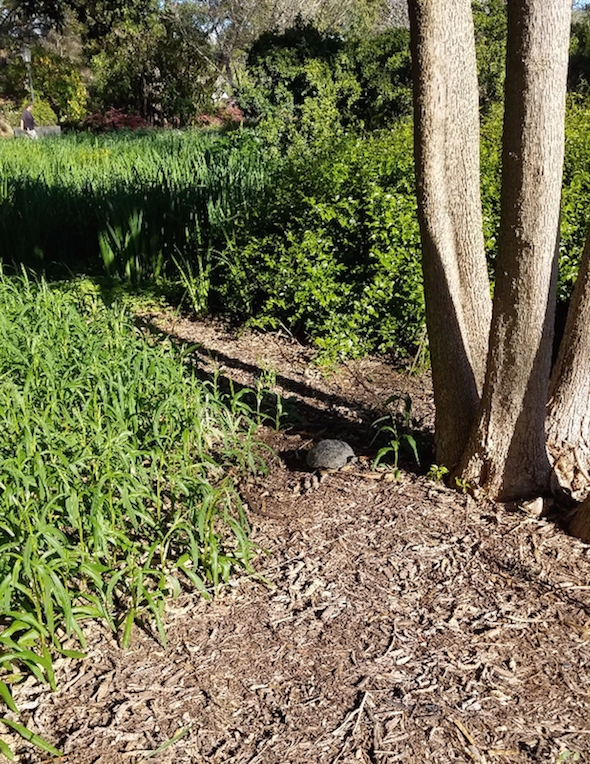 Toggle Comments (Show)
Local Turtle Just Hanging Out
The pictures aren't showing :/
Please Login or Register to comment on this.

The guy in my neighborhood