A local resident recently had his credit card stolen and was able to track down the thief to see him arrested in Montecito.

Josh Blair ordered a new American Express credit card last week and was waiting for its arrival. He received an email stating his card had arrived but never saw it until Tuesday when he received an alert about recent purchases.

"I received an alert on my smartwatch that my card was used for $40 for gas at Seaside Fuel Depot right by my condo on Chapala. I asked my wife and she said it was not her. I look at my online activity and I saw a lot of charges that are not mine all around downtown SB," said Blair to edhat.

Blair said he was about to call American Express but decided not to since he's been pretty successful on his own recovering stolen property. Last year there were bicycles stolen from his building on Chapala Street and using a few "investigation tactics," Blair was able to find the suspect and recover over 30 other stolen bicycles within four days.

He decided to review video footage of who accessed their building during the time of the stolen mail and found a white male with a skateboard had broken into their building early Sunday morning. 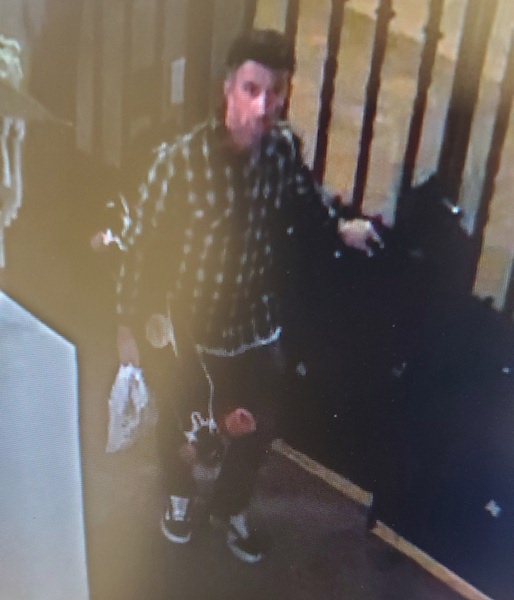 Blair then decided to follow the charges until he eventually catches up with the suspect.

There was a $10.02 charge at 7-Eleven, a $4.09 charge at Starbucks, a $40.00 charge at Seaside Fuel Depot, and a $87.00 charge at Chase Lounge which he said he's glad they at least left a tip. Other charges followed at Woody's BBQ, Ralphs, and Autozone while Blair filed an official report with the Santa Barbara Police Department and visited the local businesses asking for information.

On Tuesday evening, Blair was tipped off to a charge at the restaurant inside The Montecito Inn on Coast Village Road. With help from the manager and bartender, the suspect was caught after trying to run.

Santa Barbara Police officers were called to the scene where the suspect was arrested, where he apparently had a felony warrant from Los Angeles without bail.

"He tried to negotiate with me before PD got there to pay me off and let him go but I didn't go for it," said Blair while noticing the suspect's nice watch and Mercedes vehicle.

"It's a damn good story I think for alternative policing that I seem to have to always do to solve these crimes that go on," said Blair. 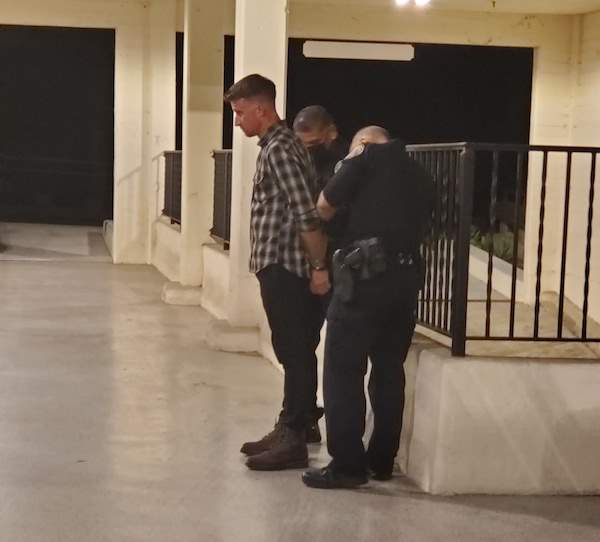 What a great story! I hate thieves! Glad to see this one get caught red-handed.

The reality is that the police aren't likely to spend much time going after criminals who charge such small amounts of money to a stolen credit card. Better to do like Josh and try to solve the crime by yourself.

Josh Blair would make one heck of a Gumshoe (that means a P. I., Private Investigator for all you youngsters that may not know that.) I can hear the theme of "Peter Gunn" in the background. Composed by Henry Mancini.

Why isn't his name and the town of his residence(present) posted? Would be a nice future reference for this low life.

I feel sorry for the merchants who were defrauded by this guy. What does 'white collar crime" really mean? No violence? Anyone who has been ripped off feels a sense of violation. Sadly, our PD is seemingly useless for anything other than parking enforcement and closing streets for parades. I can speak from experience.

If only he’d had his COVID mask on he might still be skatin’.....

He must have liked that shirt.

Always nice to read a story when a suspect is caught.

By law, Blair is not licensed to conduct any type of investigation even though he came out on top of this one. You never know who/what you will run up against when you contact a suspect, especially one that likely knows he has an outstanding felony warrant.

A feel good story that could have quickly gone bad.

No doubt cops can get out of their car(s) or use bikes and scooters. I'd rather have them in their cars so they can minimize their response times to calls, especially emergency calls.

Nice catch but lucky the dude didn't want to throw down. You come face to face with a thief and you'd better be ready to rumble.

"Go ahead, skin it! Skin that smokewagon and see what happens. I'm gettin' tired of all your gas, now jerk that pistol and go to work! I said throw down, boy!”

Attaboy, Josh! And tell 'em Hell's comin' with ya!

Josh makes the case inadvertently for upgrading police systems to handle modern problems. Would it be possible to have bike cops on electric bikes, and more of them, getting out of cruisers to order to be closer to their communities but still able to respond ? Do police have at least one techie on staff, knowledgeable about the latest hacks, credit card fraud and communication systems? Can police rapidly access assistance in solving cyber crime against local businesses and patrons like this case with Josh?

This story made me smile. It's an example of modern day technology used to catch a modern day criminal. To the person who said defund the police, I think this is actually a good example of the type of changes being proposed. Shifting some funding to a more civilian PI style of policing for these types of crimes could work and maybe at least give more attention to this type of non-violent crime. But, of course, there still needs to be a police force to enact the physical arrest (like in this case).

I think you just made the argument that the police need more funding, but I agree that they need less Bearcat assault vehicles and grenades.

With Josh Blair’s fantastic results from being energetic and proactive ,with good results, he may be offered work as a private investigator! He’s an inspiration to take action in life!

Good for you Josh Blair! Talk about making good use of your WFH time... If Paragon or some other MMA dojo in town doesn't profile your testimonial, they're nutz. That's some Walker Texas Ranger stuff right there :)

The problem here is that many banks allow unactivated credit cards to still work which encourages mail theft.

Sure Loon, because its the fault of the bank, not the criminal who stole the mail.... You are one bizarre dude Loonpoint.

Defund the police and give the money to Blair! He seems to know how to get things done.

This guy is a professional crook. He's good at it as his Mercedes can attest. He will continue to do the same when he returns to society. How long can he be kept off the street?

Criminals know that white collar crimes don't get punished as severely. Which I guess makes sense because a crime involving violence is a more severe incident. But if they are not punished, what is the deterrence to doing the crimes again?

Nice job, Josh Blair!! I hope they put this POS away for a long, LONG time. Of course they won't…

The delay in saving this gem

Beautiful!!! It must be saved