A Santa Barbara realtor and Australian native is currently in a Melbourne prison for allegedly evading taxes on luxury home sales.

Simone Halstead, also known as Simone Semmens, was convicted of evading $1.85 million in generation-skipping tax (GST) on the sale of several luxury homes in Australia. On June 21, a jury found the 58-year-old guilty on ten charges of "dishonestly causing loss to the Commonwealth," reports the Australian-based news publication, The Age.

She was sent to a maximum security women's prison to await sentencing after a plea hearing scheduled for July 30. 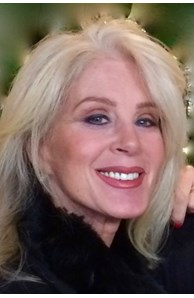 Halstead was found guilty after a three-week trial where she was accused of evading GST on the transfer of 10 Australian properties between 2001 and 2007, even though she allegedly told her accountant and bank manager she was aware of the tax obligations. Halstead's defense attorney's argued she was unaware of the tax but a jury found her guilty of ten "dishonesty offences that each carry a maximum five-year prison sentence," reports The Age.

This isn't the first investigation into Halstead who is described as a former Australian beauty queen, telecommunications spokesperson, and news anchor who switched to property development ultimately becoming a socialite in an upscale area of Melbourne. An Australian Taxation Office audit in 2011 discovered debts, lawsuits, and more suspected criminal conduct. In 2013 one of her properties was raided and in 2015 she was arrested while attempting to board a flight to the United States.

Halstead has allegedly been working in the U.S. since 2014, specifically as a realtor for Coldwell Banker Residential Brokerage in Montecito. The real estate website lists Halstead's California license and contact information boasting her trustworthiness.

"With years of experience on both the selling and buying sides of many, multi-million dollar transactions she works with dedication and integrity to ensure her real estate practices revolve around her client's goals," the website reads. Halstead is quoted as saying "This is a referral business based upon on-going relationships, Simone continues. It's about earning trust, repeat business and testimonials in an industry, and a part of the world, that I'm truly passionate about."

An official statement has not been released by Coldwell Bankers, but The Age reports several coworker were not aware Halstead was in Australia facing criminal charges.

Bravo to the artists and to

The sheer amount of white

You're right, Pitmix. I