By the League of Women Voters of Santa Barbara

The League of Women Voters of Santa Barbara is making public the Release Form [attached below] which all candidates are required to sign before participating in any Forums put on by the League. This form, which spells out the protocols to insure a fair and civil discussion, and which is standard for all League forums, was sent to both candidates for County Superintendent of Schools on April 27.

Christy Lozano, who would not sign the form, is claiming she was given only 45 minutes to sign it before the decision was made to cancel the May 12 Forum. That isn’t true. She was reminded of the need to sign the Release Form on May 9. Unless both candidates agree to Forum rules, the League cannot hold the forum, according to the League’s policies.

Susan Salcido, incumbent Superintendent of Schools and Lozano’s opponent, did sign the Release Form and agreed to the League’s Forum rules.

On May 9, LWVSB Vice President for Voter Service Revae Moran sent an email message to both candidates reminding them to sign the candidate Release Form, scan it in, and send it back to her. She resent the Release Form to both of them and said she needed it before the Forum.

Christy Lozano then sent an email message to Moran expressing her concerns about the candidate release form. She cited two issues: (1) she wanted us to provide, in writing the League’s consent to allow her to use “any or all video from the “debate” (sic). She also did not want to abide by our requirement to not make reference to another candidate’s qualifications, character, or activities – either positively or negatively.”

Finally, Moran said the League would give Lozano permission to use the recording, but only on the condition that the recording be used in its entirety rather than extracting portions of it.  That has also been the League’s long-standing policy.

On May 10, Lozano was given a deadline of May 11 at 10am to sign the Release Form or the Forum would be cancelled. She failed to respond. 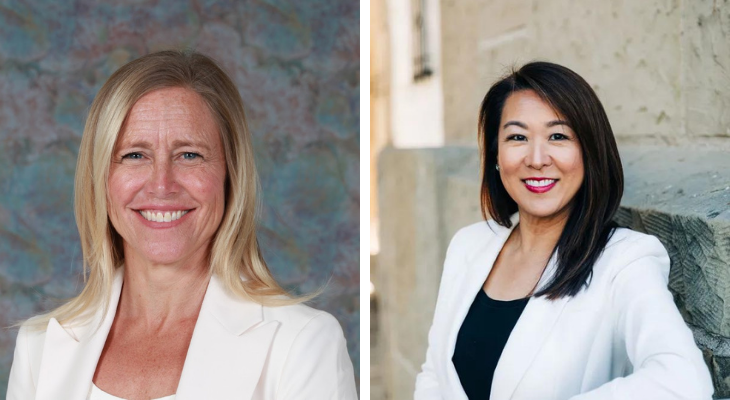 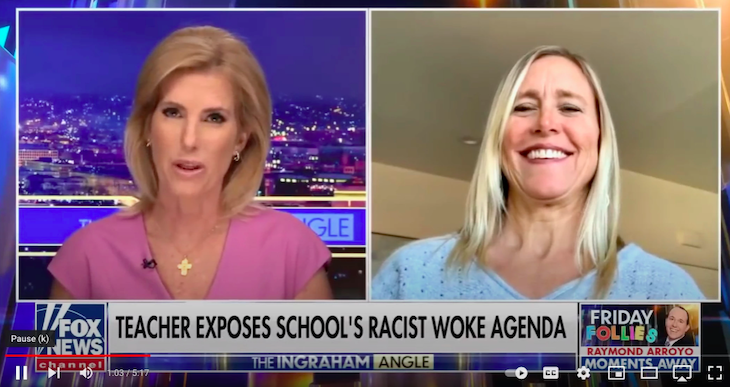 May 2, 2022: Why County Schools Supe Challenger Lozano Wants Race, LGBTQ, and Transgender Issues Out of the Classroom 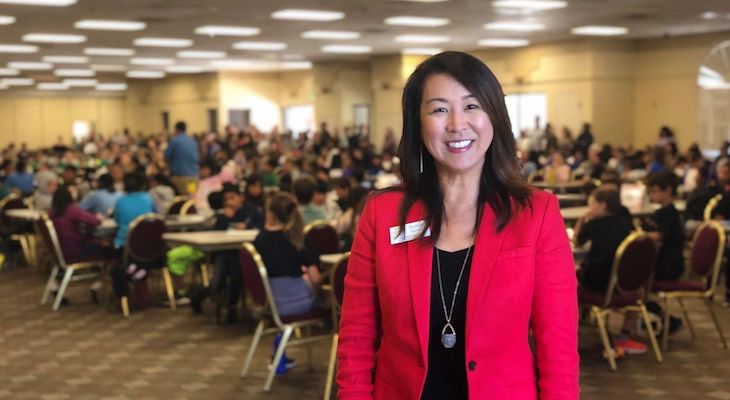 Who was the genius who decided to publicize a forum where the candidates had not yet even agreed to attend?

Maybe, based on precedent, they didn't expect last-minute psychotic behavior from a participant?

Wish the candidates would follow the law about where candidate's signs could be placed. Is that an indication of what Lozano is like?

There is no way Christy Lozano has any chance of winning this election....zero, none, zip. So, I do not understand why, why, why some of you live in fear of her, especially in a city and state completely dominated by one party. People, try to take fear out of your lives. It's the same thing over, and over, and over, and it's not how good/wonderful your side is, it's always about how bad the "other" side is. This approach is not working for those who are actually paying attention to things: Putin's gas hike? Not even. Disgraced ex-president's inflation? Sorry, but not related. Deplorables? Uh, like those with whom you disagree with are somehow bad....nope. I worked in advertising some years ago, and for many consumer products is was all about creating fear: fear of...bad breath, driving the wrong car, not getting stains out of clothing, body odor, rough toilet paper....c'maon man!

Have a long and hard look at the fear you are living in, and ask yourselves if it's worth living that way. Instead of cup half full, or half empty....some of you think you have no "cup" at all. You have time to change things, but you must have two things: an open mind and an open heart.

Not fear, but lack of qualifications, and inability to complete or even read simple documents nor meet deadlines and have to be reminded.

Baby, you keep implying that people with opinions about Lozano are fearful. Maybe we are just annoyed, or want to make clear how we disagree, or express some other opinion of her shenanigans.

Christy knows she will lose and is furthering the destruction of her own campaign. When she loses she will then claim the election was rigged and make more conspiratorial YouTube videos for Fair Education Santa Barbara. But isn't that the play book of the extreme right - Division through conspiracy, vitriol and bombast? A "normal" candidate would actually run for the position, state their qualifications and present their platform in open forum. That may have been too much to ask of Christy due to her incredible lack of experience for the position.

So Christy Lozano is a liar and can't follow very basic rules.

So the League of Women Vipers publicized an event BEFORE getting a signed agreement of both participants? Kind of like announcing a marriage before the other party agrees....and then demanding a restrictive prenuptial as the guests arrive.

Yes , why should they change their long standing SOPs, because sat on it for over a week then shows up with “The dog ate my homework” excuse. They reminded her twice. She doesn’t have a job, if she can’t can’t meet a simple deadline what’s the chance she can a school district

Hardly restrictive. And they have probably never had anyone refuse to sign a statement of civility before.

Thank you Susan Salcido for being respectful of LWV volunteers who only wanted to have a fair and civil event. I belong to a group that has been doing forums for more than 40 years. We use the League of Women Voters guidelines because they have always resulted in a civil and informative discussion. A few years ago, we had a candidate back out at the last minute. We had the event as it included candidates for several positions. The 'absent' candidate publicly insulted our group for doing so. For the next campaign, he found some other excuse and wanted to send a 'sub' to read his answers. Refusing to participate seems to be a recent phenomenon. Not a good sign for our democracy. These forums take so much time and preparation, especially when you have to meet media deadlines for publicity.

It’s more like they accepted the marriage proposal so the wedding was announced, then they refused to sign the actual marriage license.

Anyone care to discuss the Sheriff election? I’m voting for Juan Camarena. He did this League of Women Voters forum this week but haven’t watched it yet. I’m voting for him because he’s endorsed by the 600 member Deputy Sheriffs Association (who he would lead) as well as Santa Barbara County Firefighters who work under the Sheriff at accident and disaster scenes. Also like that Juan grew up in Santa Maria joined marines at 17, did 2 tours in Somalia, came back joined the Sheroffs and when 9/11 happened, Juan re-enlisted in the Marines. Brown’s 16yrs es is too long and he wants 20 years. That’s my take what’s your’s?

Ok I will Thanks.

I'm voting for him, but please email edhat and start a thread on the topic of your chosing! Don't just tag on to the Lozano issue.

Lozano lies as effortlessly as the orange moron.

Further proof Lozano is full of it.

An edhat reader reports two men overdosed on the Eastside Wednesday morning, with one passing away.

The second round of public engagement to develop a new Short Range Transit Plan is underway.

Santa Barbara City's Planning Division received an award from the Central Coast Chapter of the American Planning Association for public outreach efforts in 2021.

On Saturday, nearly fifty volunteers with Santa Barbara Channelkeeper and members of the commercial fishing community worked together at Black Rock Beach in Goleta to dig out and remove forty lobster traps.

[Update]: Santa Barbara County Firefighters responded to a garbage truck that caught fire in the 500 block of Coronado in Goleta on Wednesday.

The Santa Barbara Zoo’s female wallaby Kalina has given birth to the Zoo’s first baby wallaby.

The Garden of the University Club in Santa Barbara was the site where United Women For Ukraine sponsored a heartwarming program and fundraiser to unite in solidarity with Ukraine.