Just before 2:00 p.m. on July 14, 2017, Sheriff’s deputies responded to a report of a body found in the creek in Las Canovas Canyon. The unincorporated area is located near Highway 101 and Highway 1. The decedent was discovered by a resident who lives in the area.

Sheriff’s detectives with the Criminal Investigations Bureau and the Sheriff’s Coroner’s Office responded and have identified the decedent as 57-year-old Eric “Sunny” Buttler, who was reported missing on June 28th. The decedent’s next of kin has been notified.

The Sheriff’s Office is conducting an investigation into the cause and manner of death and no further details are available at this time. If you have any information regarding this case, please call the Sheriff’s Office at 805-683-2724 or to leave an anonymous tip call 805-681-4171. You can also send a tip by using the following hyperlink: http://www.sbsheriff.org/anonymoustips.html. 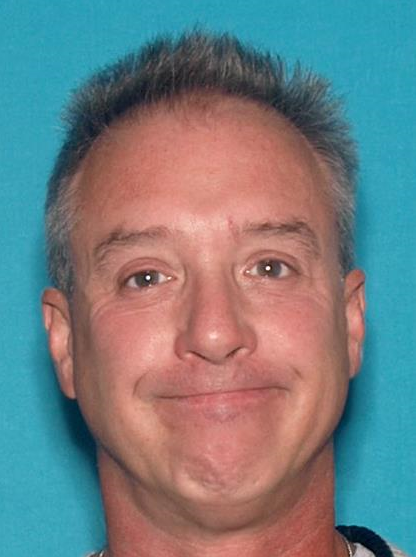 The Santa Barbara County Sheriff’s Office is requesting the public’s assistance to help locate 57-year-old Eric “Sunny” Buttler, who was last seen on June 24, 2017 in the City of Carpinteria. His family reported him missing on June 28, 2017. Sunny was last known to be traveling from Ojai to Lompoc, when for unknown reasons, he stopped overnight in the City of Carpinteria.

On July 4, 2017, his vehicle was located in an unincorporated area of Santa Maria.

Sunny is well known in the community for his volunteer work with various charitable functions. Sunny is approximately 5’9” tall, 180 pounds with brown hair and brown eyes. He has ties to Ventura and Santa Barbara Counties. If you see Sunny or have any information on his whereabouts, you are asked to immediately contact the Santa Barbara County Sheriff's Office at 805-683-2724. You can also leave an anonymous tip at 805-681-4171 or http://www.sbsheriff.org/anonymoustips.html

The City of Carpinteria contracts with the Santa Barbara County Sheriff’s Office for law enforcement services.

This is such a sad ending. I sure hope they figure out what exactly has happened to him. God Bless him and all his loved ones as they work through their grief.

Bigugly - You say in the

When you make a donation of

NOAA is a government agency

I was going to attribute the

Recognition is nice. Thanks