Dern is a two-time Academy Award nominee, Emmy and Golden Globe winner and is currently starring in two of the biggest films of the year, Netflix’s Marriage Story and Sony’s Little Women. She has also won four Golden Globe Awards with seven nominations, as well as earned a Primetime Emmy Award and seven Primetime Emmy Award nominations.  On television, Dern was most recently seen as Renata in the second season of HBO’s "Big Little Lies," which aired this past summer. 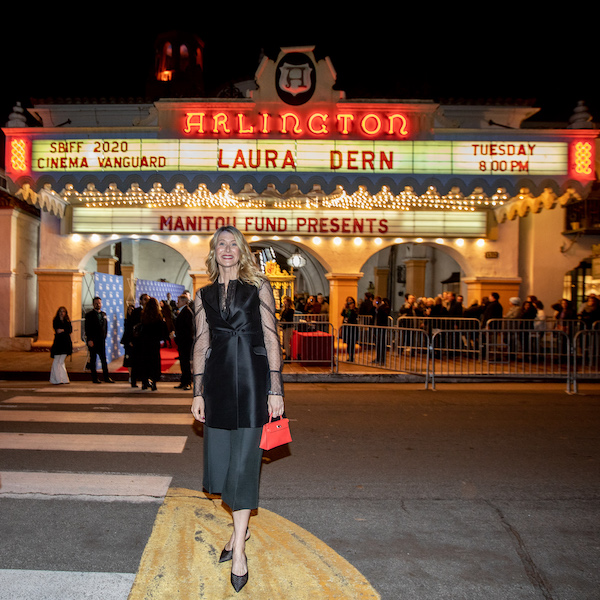 As the daughter of two actors, who was actually conceived on the set of Wild Angels in 1966, Dern discussed her inevitability in becoming an actress and her desire to continue acting.

"I’m having so much damn fun, it’s amazing. And it wasn’t so fun as a teenager. I think I was caught up in the angst of it all. And trying to chase this idea of being an artist instead of realizing the privilege of doing what you love and the privilege of telling stories, and working with amazing storytellers," she said. "To not feel that it was overstated or arrogant to talk about the potential of the healing through art. For us that make art, for those that witness art - we have a very broken home and we’re all trying to figure it out. To have fierce and radical storytellers in film and television and documentaries is the work. We’re so blessed. So to have anything to do with that just radical good fortune.”

Dern's career took a hit after she played Ellen DeGeneres' girlfriend in her critically acclaimed sitcom Ellen. "It spoke to a moment. We have this opportunity to talk about what matters and I think Citizen Ruth gave birth to that longing in me, why I fell in love with movies, and had that opportunity… and be a part of something profoundly historic. We all had a life-changing experience being a part of that episode in terms of backlash and how radically different we hoped the world looked then,” she said. 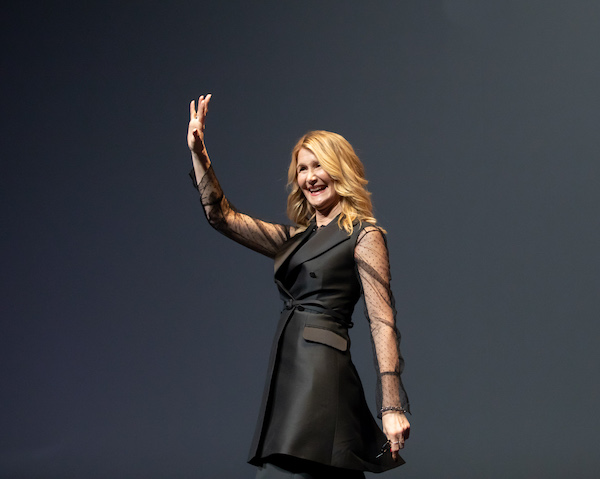 When discussing her involvement as the cutthroat lawyer in Marriage Story, Dern said she fell in love with the script. "It was an incredible gift just to witness the movie. I read the script and cried for 20 minutes. I’ve seen the movie five times - I cry every time. I often forget my involvement in it because I find it so deeply personal,” she said.

Following Dern’s one-on-one conversation with Hammond, Sarandos took the stage to present her with the Cinema Vanguard Award, stating: “I had the privilege of being close to Marriage Story from the very beginning. I, like Laura, cried from the very beginning, I knew that this role was written for her, and that she brought that character to life like nobody else in the world could," he said.

The audience was on their feet as Dern and approached the podium to accept her award. In her remarks, Dern recognized Sarandos’s support of art and artists, saying: “I’ve watched artists just fight fight fight to get their stories told and made, and [Ted’s]  just waiting with open arms to make sure artists get the stories told.” 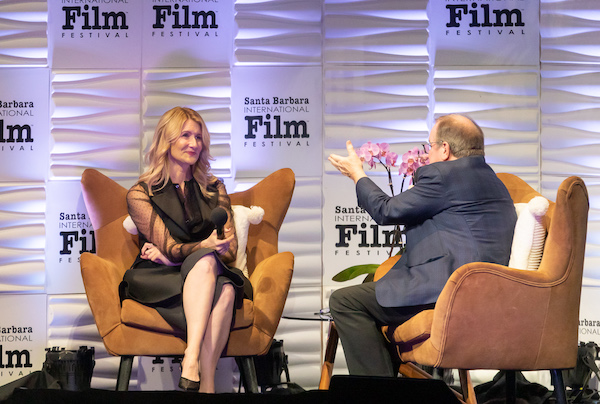 I wonder how many Santa Barbara folks really care that much about the Santa Barbara Film Fest - unless you a hotel or restaurant owner?