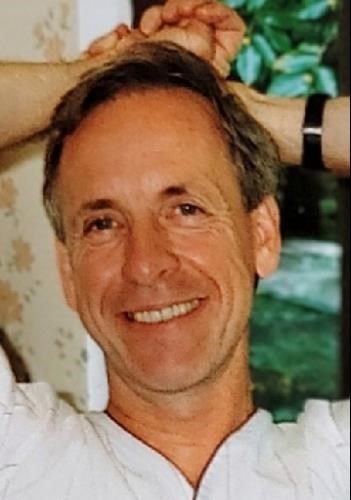 Kenneth John (Ken) passed away peacefully with family nearby on Saturday, March 13th. Ken was born and raised in Cleveland, OH. In 1949 he graduated from Orange High School in Pepper Pike, OH, where he was a well-liked student and athlete (football and track).

He attended Heidelberg University in Tiffin, OH and went on to receive his Bachelor's degree in economics from California State University-Sacramento and a PhD in Economics from the University of California at Santa Barbara, where he met his future wife Diane (Douglas). They married in Santa Barbara in August 1972. Ken spent most of his career working in the field of energy economics and the environment. Research on the economic impact of the 1969 Santa Barbara oil spill led to the opportunity to work on a large multidisciplinary research project in Washington DC funded by the Ford Foundation.

In 1976 Ken fulfilled his youthful dream of living and working in Europe when he began work at the United Nations Economic Commission for Europe in Geneva, Switzerland. Returning to the US in 1980, Ken continued work in the energy economics field at the US Department of Energy in Washington DC, British Petroleum/Sohio in Cleveland, Ohio (1983-85), and with nonprofit research organizations in Lansing, MI (1985-87) and in Ann Arbor, MI (1988 – 2002). He retired from his economics career after teaching at Owens Community College.

Ken began his lifelong passion for running by training to run the Santa Barbara marathon in 1975. He went on to run 10 different marathons over the next 25 years (including Boston in 1991) and countless 5 and 10 K races for fun and training. Ken reluctantly stopped running in 2013 and began "spinning" with Pedaling for Parkinson's at the Ann Arbor YMCA, an activity and group that gave him great joy for the next 6 years.

Ken enjoyed a lifetime of traveling including backpacking trips with his sons Andrew and Nathan, and wife Diane. After retiring he was an active participant in a memoir writing group (OLLI) and a Silver Club group at the Turner Senior Resource Center. Ken was a proud and loving father to his sons Andrew and Nathan who survive him, along with daughters in law Karon (Hampton) and Renee (Dean), grandchildren Louisa, Francis, and Ania, and his much-loved younger brother Roger Saulter (Cartersville, GA) and his wife Christine.

He was preceded in death by his parents Lawrence and Mildred Saulter, sister Cheryl, and brother Robert. Ken was a vocal advocate for reducing the stigma and social isolation that people with Alzheimer's and related dementias experience, and he wrote two published poems that speak to this issue. In lieu of flowers, please honor Ken with a donation to the Michigan Alzheimer's Disease Center Wellness Initiative or Carl Rinne Lewy Body Dementia Initiative: https://alzheimers.med.umich.edu/supportus/ A memorial will be held later this summer.

Sac, why bother with the

Maybe we can leave the 19th

Police are with the subject

Punched victim in the face

Suspect is a WMJ with short

Bosco : Go to Minneapolis and