The Junípero Serra statue at the Old Santa Barbara Mission was decapitated and splashed with bright red paint between Sunday evening and Monday morning. 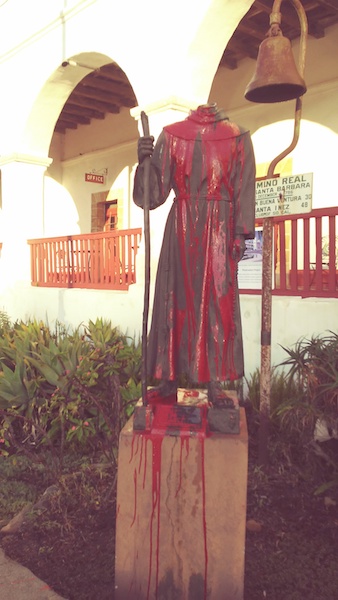 An edhat reader captured these photos while walking along the Mission early Monday morning. It appears the photos were taken before staff at the Santa Barbara Mission had arrived or were aware of the vandalism. The statue has since been fully covered.

Junípero Serra was a Roman Catholic Spanish priest and friar of the Franciscan Order who founded a mission in Baja California and the first nine of 21 Spanish missions in California from San Diego to San Francisco. Santa Barbara's Mission was founded on December 4th, 1786, two years after Serra died. He planned to build this mission, raising the cross at the Presidio of Santa Barbara in 1782. Successors of Serra carried on his wishes in building Mission Santa Barbara.

Serra was beatified in 1988 and canonized in 2015, because of his religious devotion and missionary efforts. He was largely credited with bringing Catholicism to California while it was under Spanish rule.

However, Serra is viewed as controversial by many historians in the mission's oppressive treatment of native people. "By law, all baptized Indians subjected themselves completely to the authority of the Franciscans; they could be whipped, shackled or imprisoned for disobedience, and hunted down if they fled the mission grounds. Indian recruits, who were often forced to convert nearly at gunpoint, could be expected to survive mission life for only about ten years," according to PBS. 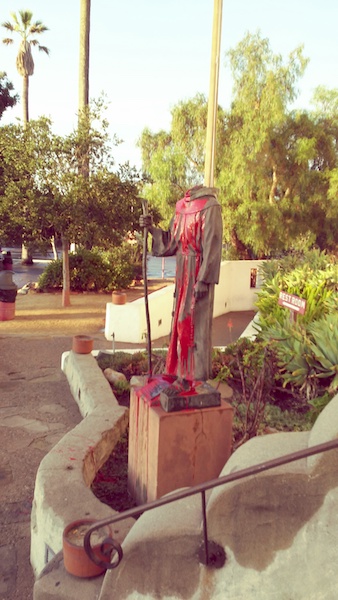 Two years ago, just days after Serra was raised to sainthood, vandals toppled statues and painted "Saint of Genocide" on a headstone at the Carmel Mission where remains of the missionary are buried.

And just last month, another statue of Serra was vandalized in Mission Hills across from the San Fernando Mission. The statue's hands were painted red with murder written on the monument, reports the LA Times.

Santa Barbara Police officers were later on the scene. It's being reported there may be video footage of the incident, although this has not yet been confirmed.

Edhat will update this article with any further developments. 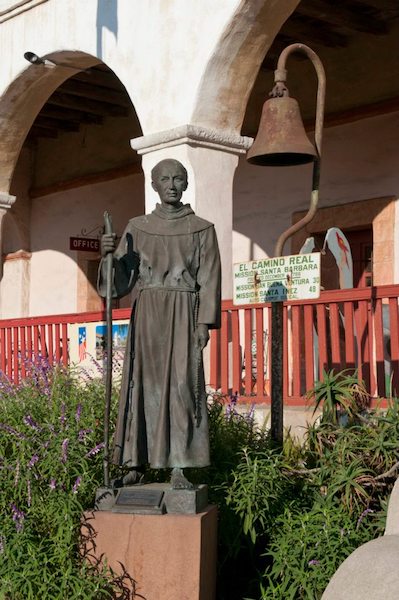 10 Comments deleted due to down vote