The Junior League of Santa Barbara (JLSB) is pleased to have raised over $57,000 at their 82nd Anniversary Rummage Sale at the Earl Warren Showgrounds on Friday, October 26 and Saturday, October 27. The community came out in full force, with over 500 total attendees shopping the sale and assisted in raising over $57,000, a JLSB Rummage Sale record in recent years. This year’s Junior League Rummage Sale was made possible through the generous sponsorship and donations from Movegreen and Cox Communications. 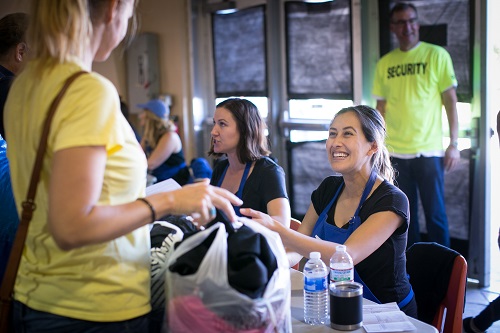 Established in 1934, the community-based sale is one of Santa Barbara’s longest-standing charity events. The sale features new and gently used merchandise to the community at affordable prices; including baby items, clothing for all, art, housewares, appliances, furniture, kitchen and dining wares, and more! The event has been gaining popularity in recent years with the dedicated efforts of local League active and sustaining members, and looks forward to an even more successful 2019 sale. 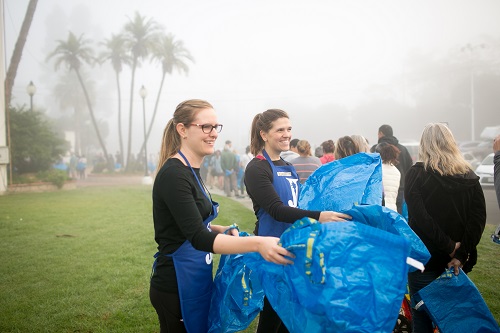 JLSB Members greeting our guests with shopping bags. Guests are lined up around the building at Earl Warren Exhibit Hall before the doors opened.

All proceeds fund JLSB Community Impact projects focusing on improving the lives of at-risk young women in the local community. This includes their recent signature project, S.A.F.E. House Santa Barbara™, a six-bed residential shelter in Santa Barbara County for girls who are survivors of sexual exploitation and sex trafficking. The shelter opened in May of this year and is now fully operational. Funds raised also benefit the JLSB as a whole; a training and volunteer organization of women who promote voluntarism, develop the potential of women and improve the community through the effective action of trained volunteers.

The Junior League would like to thank the amazing sponsors who helped make this such a successful event. They could not have done it without the generosity of title sponsor, Movegreen, and Cox Communications. 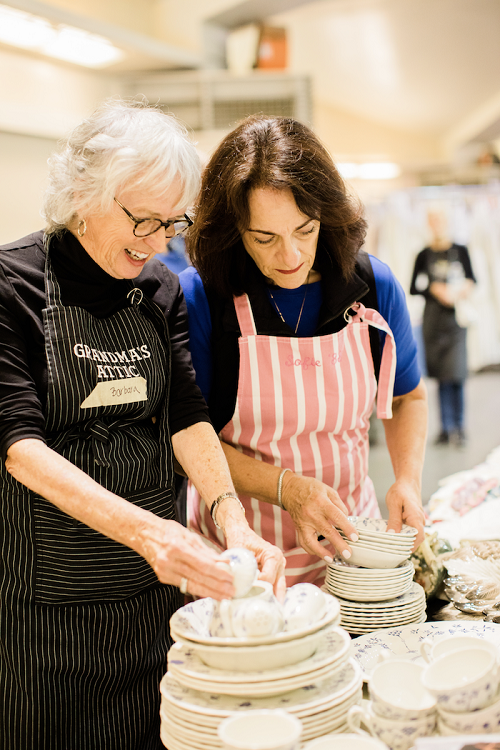 When I was a kid we always went to the Junior League and Assistance League annual rummage sales at the Armory. My aunt has a car and took my cousin, Grandma, Mom, and me. Montecito to Santa Barbara was considered quite a trip. We went early, waited on the steps for the doors to open. Mom made sandwiches and brought coffee. Great bargains, clothes for a year.

FLICKA, that was exactly the routine in my family, too. The Assistance League and Junior League rummage sales at the Armory generated a true family outing. While the adults shopped for clothes, kitchen things, etc., I browsed the books and records. My real "find" was an off-label 78RPM record called, "Here's to Mahatma Ghandi," which, when I got it home, proved to be a filthy collection of truly obscene limericks (with guitar accompaniment). This was back in the 1950s, when records like that simply did not exist. Strangely, no one took it away from me. (I guess my family was more progressive than I gave them credit for). I'm sure the rummage sale organizers had no idea of the record's content. I was kind of sad when the venue was moved to Earl Warren.

Tall, thin and not reinforced

Thank you SO CAL GAS for

Got me hooked , can't wait