Multiple Jif peanut butter products are being recalled due to an outbreak of salmonella linked to a Kentucky manufacturing facility.

Parent company J.M. Smucker Co. issued a voluntary recall on Friday while the Food and Drug Administration (FDA), Centers for Disease Control and Prevention (CDC), and local partners are investigating the outbreak that so far spans 12 states.

The CDC reports that 14 people have fallen ill with two of those cases resulting in hospitalization.

For many people infected by salmonella, symptoms appear 12 to 72 hours after contact and often include diarrhea, fever, and abdominal cramps, according to the FDA. Most people who are infected recover within four to seven days and do not need any treatment, although more serious cases can occur.

The J. M. Smucker Co. said the peanut butter it is recalling was distributed in retail stores and other outlets throughout the country. It includes creamy, crunchy and natural varieties, along with many others.

The recalled products have lot code numbers between 1274425 – 2140425 and include the numbers 425 for the 5th-7th digits. "425" in that position indicates that it was processed in the Lexington facility. 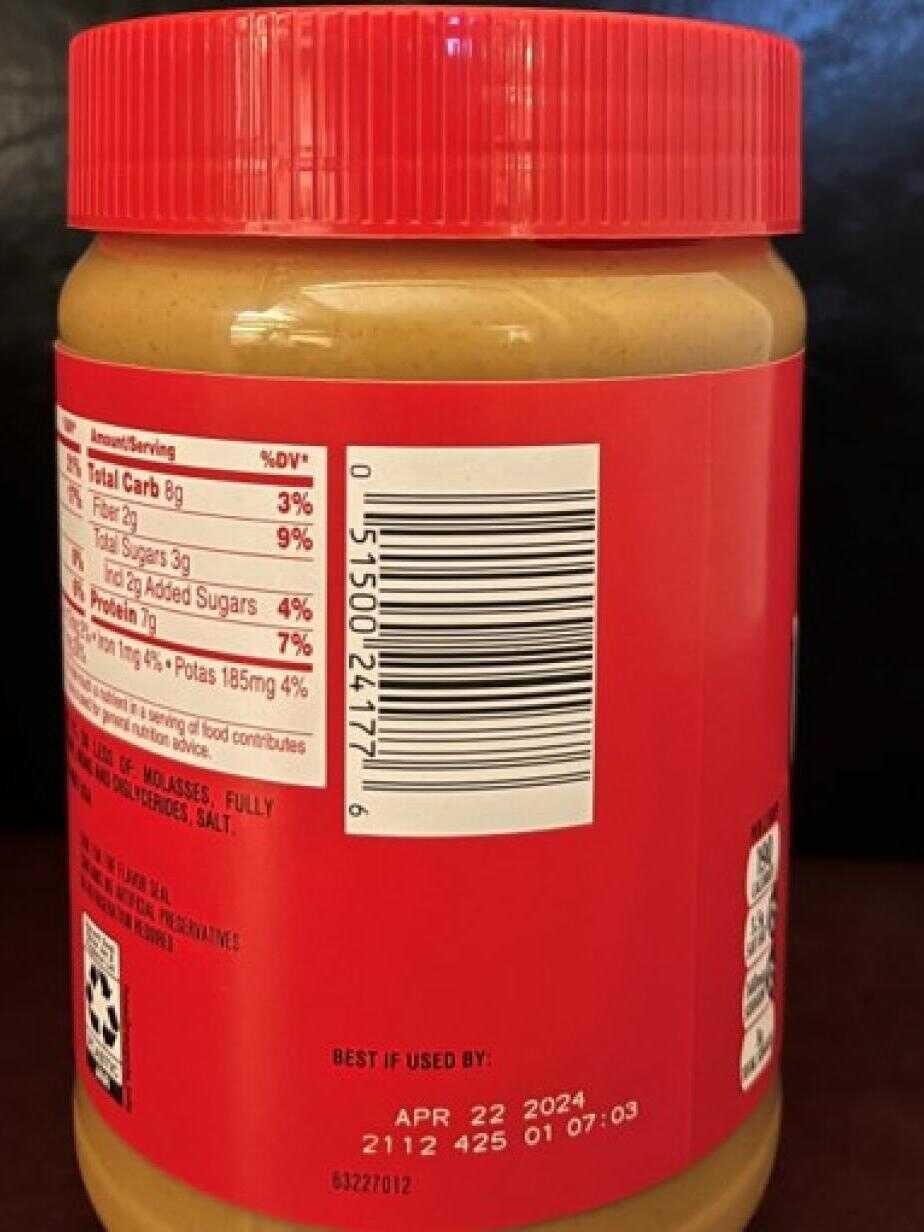 The lot number printed below the "Best if Used by" date on the label will show if your item is affected. Products with lot codes 1274425 – 2140425, with the digits 425 in the 5th-7th position, are being recalled.
A list of recalled products and their numbers can be seen on the FDA's website. If you are in possession of a recalled jar, it's advised that you immediately throw it away.

Peanut butter has a two-year shelf life and the FDA urges consumers to check any Jif peanut butter already in their homes.

Seems like a problem that McConnell or that other US Senator from Kentucky should have avoided on our behalf. Sort of like the idea that Biden is responsible for the increase in fuel costs around the world.

I think we can simply agree that mcconell and Biden are both useless/terrible.

A pedestrian has died after being struck by a vehicle off Highway 101 just south of Solimar Beach.

The County's Community Services Department is seeking to hire two trail assistants at Hot Springs to communicate rules and contact authorities for any emergencies.

From home goods to decorations to flashy outfits, everything is for sale at the Magic Castle Cabaret's Wild and Crazy Sale on August 13th and 14th!

Does anyone know why first responders were at the stage coach bridge yesterday morning?