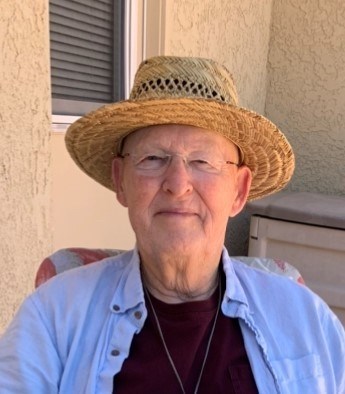 James Jim Willcutt, aged 77, passed away at his home in Orcutt, CA on August 23, 2021 with his beloved wife Shannon at his side. He had battled metastatic prostate cancer for many years. Jim was born in Santa Ana, CA to John and Helen Willcutt. He graduated from Tustin Union High School in 1962 and attended Orange Coast College and Allan Hancock College. He was a member of American Legion Post 534 and Oasis Senior Center, both in Orcutt CA.

In 1966, Jim enlisted in the United States Army where he honorably served until 1969. In 1979, Jim moved his family to Santa Maria, CA where he first worked at CBS Records. Subsequently, he began his career with Santa Barbara County; twenty years later, in 2000, he retired as a Deputy Probation Officer. From 2002-2008, Jim was a Security Officer at PG&E's Diablo Canyon Nuclear Power Plant. After his final retirement from PG&E, Jim enjoyed driving to Arroyo Grande every week for Starbucks coffee with his buddies.

Jim and Shannon were married in 1994 in Yountville, CA. Their love story is one for the ages, filled with humor, romance, world travel, familial love and devotion. They traveled to Europe and the UK several times. They honeymooned in Ireland and made three additional trips over the years. It was there that Jim and Shannon became lovers of everything Irish, especially pubs and Guinness. It was during his Army assignment in Germany that Jim developed a love of German beer and a lifelong passion for Formula 1 Grand Prix Racing. Every race weekend, one would find him glued to the television watching the 3 days of racing. Although he enjoyed all of the teams, Ferrari was by far his favorite and Michael Schumacher his favorite driver. He was ecstatic when in 2011 he won a trip for two to the Belgian Grand Prix at Circuit de Spa-Francorchamps. Jim also loved MotoGP motorcycle racing. He owned a BMW and enjoyed many riding adventures with his friends.

A 2015 pilgrimage to Rome and Assisi, Italy were also memorable trips for Jim and Shannon. The history of the area amazed and intrigued Jim. Soon after, Jim found his home at St. Louis de Montfort Catholic Church in Santa Maria where he and Shannon faithfully attended Mass and participated in parish activities.

Jim is remembered for his friendship, sense of humor, gift of gab and helpfulness to his friends and neighbors, but mostly for his devotion to family. Jim is survived by his wife, Shannon; his sister, Louise Gitchell; his children, Blaine (Kathy) Willcutt and Nicole (Eric) Souza; his step-children Robert (Kelly) Goetsch and Kerri (Russell) Johnson; his grandchildren, Travis, Austin, Gavin, Sophie, Harlowe, Archer and Adelaide; and numerous nieces and nephews. Jim was preceded in death by his parents and by his wife Carla Willcutt.

The family is grateful to and thanks Brian A. DiCarlo, M.D. and Arlene Gonzales M.D for the medical care they provided. We also thank Kristen Alden, RN, and the care team of Santa Maria Hospice for their compassion and loving support.

Mass will be live-streamed at SLDM.org and will be available for 4 weeks

In lieu of flowers, the family requests memorial donations be made to: St. Louis de Montfort Building Fund: https://www.sldm.org