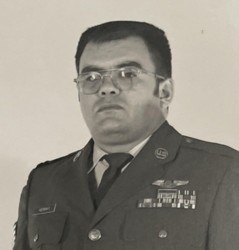 James F Herman was born January 9, 1942, to Frederick and Joan Herman in Santa Barbara, California. James spent his youth growing up in Paso Robles while playing sports and working on the ranch.

In 1959 James started his career in the Air Force as a medic and traveled to many countries and served in the Vietnam War, retiring in 1982.

James married Janie Maynor in Feb of 1970, and they spent 51 years of marriage raising two beautiful daughters and loving their many grandchildren and great grandchildren.

James was laid to rest August 2nd, 2021, at Lompoc Cemetery.

In lieu of flowers, memorial donations may be made to the American Cancer Society.

Are those grumpy poets still

Headline on this same story