District Attorney Joyce Dudley stated that the defendant was indisputably a rapist who preyed upon extremely vulnerable victims. Dudley expressed her deep appreciation and admiration for the prosecutors in this case Megan Chanda and Michelle Mossembekker, as well as members of the Santa Barbara County Sheriff's Department. Dudley also stated that but for the bravery of the testifying victims/survivors this defendant would never have been prosecuted. “Now," Dudley continued, “as a result of all of their collective efforts, the defendant will no longer be able to prey upon any more victims.”

The investigation began in May 2020 when the Santa Barbara County Sheriff’s Office became aware of the defendant’s conduct involving young women in the Isla Vista neighborhood. Upon further investigation by the Special Investigations Bureau, specifically Detectives Kevin McGillivray and Anthony Kouremetis, multiple videos were located which appeared to depict the defendant having sexual intercourse with unconscious women. Several months of intensive investigation, supported by Supervising Victim Advocate Rita McGaw led to multiple additional victims of sexual assault and ultimately this successful prosecution.

The defendant will be sentenced in Department 11 of the Santa Barbara Superior Court on September 23, 2021. 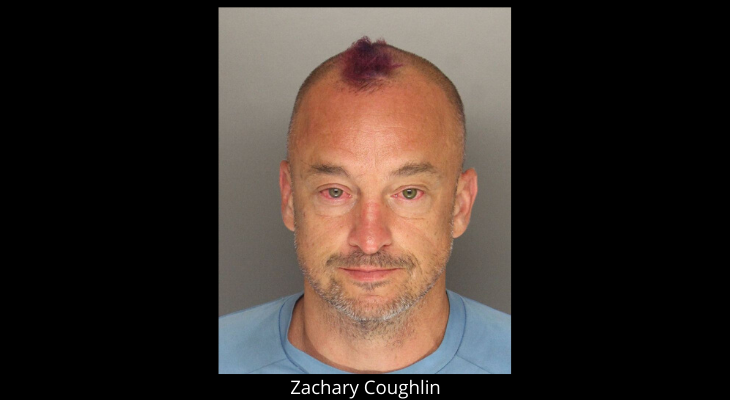 May 19, 2020: Santa Barbara Man Arrested for Stalking in Isla Vista

He's relatively young. Men who rape don't "get well" and stop. Before little blue pills, you could put them away until they weren't able. Since that's not the case, life w/o patrol should be the sentence, not only b/c of what he's done to a number of women who have to live with it, but for all the damage he would and will do if he's allowed free.

To all follwing this, I gotta add, initially, there was a minimum of 16 charges, a maximum of 18, the DA & law enforcement would've settled on 17, but somehow it got reduced to 14 charges. Maybe some of the charges were redundant or maybe some of his victims couldn't/wouldn't testify in the trial.
regardless, those 14 charges seem to be enough to keep him locked up until the sentencing & for a long time afterwards.

That is one creepy dude. Glad they are locking his sick @$$ up.

There are more guys out there in IV like this opportunist pig. I would hope UCSB would implement a mandatory training for all female students about the dangers and pitfalls of getting wasted in public. Getting blasted out of your skull never ends good because deviants like this creep are always on the lookout for intoxicated victims.

Babycakes, you're 100% correct on that! I can't tell you how many times my wife & I have come to the rescue of some thrashed young woman tryin' to get home from a party. Worse part is many will go out & do it again the next night or weekend, so the lessons are never learned.
The recent "motto" used by people here in IV is/was "blackout or back out" w/ reference to being so wasted you lose all control. Never a good thing.
In my 35 year tenure here in IV, I have had to escort many wasted people to their homes, my only goal there was to get them home safely so that they don't get unnecerraly arrested or worse yet, assaulted, be it physical fighting or sexually. The joys of being the elder in the crowd.
But hey, asked if I'd do it again, the answer is a resounding YEAH! If I can thwart wrong from happening, I will do it & thus far, it's helped.
But, as mentioned above, the problem is these people keep makin' the same "mistake" repeatedly & eventually, something bad will happen.
It's gonna sound funny comin' from a 61 year old IV resident, but I always tell these youngsters the following: If you see "older" people, >30 years old, roamin' IV on party nights alone, you NEED to be suspicious.
My wife & I, we still go to parties here & like I said, we try to be helpful where we can be & truthfully, there's a few of us out here, but yeah, there ARE some creepers & yeah, they're on the lookout for incapacitated victims.

Having been on a jury for a similar but less heinous predator, I wish to thank everyone involved in bringing this criminal to justice. It’s a lot of work, and a lot of trauma for many involved, but I’m very glad they saw it through.

Did I read that correctly that this guy is an attorney??? "jury found Zackary Barker Coughlin, an attorney, guilty of all fourteen charges, " just wow. what a scumbag. So glad he is being held accountable.

An attorney in Nevada, not California.

SoCalMommy, yeah, dude's an attorney... or WAS an attorney! I guarantee you he's disbarred now. But there's a side of me that worries if he used his deviance against some of his clients. It's the kind of stuff that makes you wonder. Regardless, he won't be practicing law anywhere other than behind bars, where he belongs.

This guy was bad news the moment he got into IV. His 1st night in town, he parked across the street from our pad & within minutes of him arriving, there was a female exiting his vehicle yelling stuff toward him. They both seemed like some of the homeless who were starting to arrive in the area, so we figured the erratic odd behavior was par for the course.
Then we started hearing complaints from community members about this "mirror bus" guy & we started to look into it, especially his instagram account & that yielded a ton of info.
He was always goin' on some misogynistic rants, but what REALLY got worrisome was the hero references toward Elliot Roger, the 2014 IV murderer.
He then parked himself on our block again, just up the way from our place & it all started to make sense, the spot where Roger's 1st 2 female victims were murdered is just across the way from us. To guys like this, that's a mecca or altar.
We'd see him parked on DP & when checkin' his ig we'd see these young women hangin' out w/ him, made us go "WTF?!" & then the stalking stories began.
The biggest sigh of relief ever was when we saw his bus get towed out of IV & the articles saying he'd been busted. The scary thing was hearing what he did to his victims.
He's been tried, he's goin' away & that's all that matters, other than the current welfare of his victims. I hope they have the closure they need. Hopefully his departure from society will be for a LONG time.

What the heck, Parvopup? I don't get your post. You expect people to call for his death?
You're bored and want to inflame a conversation on Edhat? So many people here need a walk on the beach and a meal out! Including me.

Okay, I get it after reading the comments on his re-arrest while he was in custody. I don't agree with most of them, but a life sentence looks good.

Yin - Long lines for dinner out tonight… had to go to option d… perfect weather and sunset though!

What you call "irony" did not fly over my head, but I still don't get it.
People's lives were irrevocably affected. It's another terrible crime against women. I don't play off that crap; I feel it's disrespectful, in a very large sense that a book could be written about, and many have.
I just don't find exacerbating news items on edhat to be my form of fun. And I often agree with you, so I was even more surprised.
Peace out, good night.

NO - sorry the irony iron flew over your head - I 'm just waiting for the usual band of screaming, torch waving, outraged , pitchfork- carrying loonies who make up 90% of this site to come out with the predictable "this guy is a scumbag" or "needs to be gassed" or "lock him up" - the daily torrent of outrage that makes EdHat such a special place for local news and entertainment.

But I did chew down some mad gummies an hour ago.

Parvo--so your first instinct is to be defensive on his behalf. Not to be defensive or sympathetic on behalf of the many young women who are going to be dealing with the aftermath of these assaults for LIFE.

Personally, I'm against human suffering. So a nice sleepy time tea to forever land would be an excellent outcome for this person who is clearly tortured and therefore compelled to torture others.

Thank you to the victims for making sure that this hurtful and dangerous man can't assault any more women.