The City of Goleta is excited to introduce our newest Board & Commission members! Vacancies were recently filled with new members on three City of Goleta Boards and Commissions: Design Review Board, Library Advisory Commission and Parks and Recreation Commission. Thank you to everyone who applied and congratulations to those selected.

Our Board Members and Commissioners bring a diverse list of experience, interests, and talents to the position. 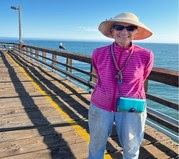 Cecilia Brown was appointed to the Design Review Board (DRB) through February 1, 2025. She is a familiar face, having previously been on the DRB for 10 years. She is a UCSB graduate who served 24-years as an officer in the U.S. Navy before returning to beautiful Goleta. Shortly after arriving back in Goleta, the City incorporated and established the DRB. Cecilia said, “It was a very interesting time in the City’s history, for there was much development going on with many big projects which would ultimately transform the city’s streetscape. So, I am pleased to once again to have the opportunity to be a part of the DRB and participate in its efforts.”

As a Goleta resident, Cecilia has given back to the community through volunteer work with two dog rescue groups and having been past president of the Patterson Area Neighborhoods Association and past president of the Santa Barbara Cactus and Succulent Society. She is also currently a Director on the Board of the Historic Main Begg Farmhouse located in the Eastern Goleta Valley. She enjoys being in her garden of native California plants (including her collection of bromeliads) and with her three rescued All American Shelter dogs. One of her favorite things to do is take a walk, especially at Goleta Beach! 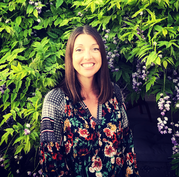 Stephanie Drake, PhD is the newest member of the Library Advisory Commission having been appointed to a three-year term ending June 30, 2025. Stephanie has called the Goodland home for 20 years. She holds a PhD and Master's in Education from UCSB, and worked for 20 years in the education and nonprofit sector. Stephanie is currently the owner/operator of Goodland Doula which provides a wide range of education, support, and guidance to families beginning or expanding their family. In addition to providing support for families, she is the Education Program Manager at Then Comes Baby New Family Resource in Santa Barbara. Serving on the Library Advisory Commission brings together both her personal and professional passions with the aim of broadly supporting her community's access and love of the Goleta Valley Library. 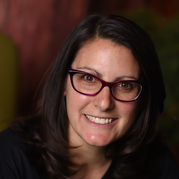 Stacie Furia was appointed to the Parks and Recreation Commission for a three-year term ending February 1, 2025. This is Stacie's first appointment on a Goleta commission, though she previously served on the Commission on the Status of Women and Girls in San Mateo County. Stacie has served on the board of Postpartum Education for Parents (PEP) for the past 4 years and also volunteers with various community and school groups. Stacie is an avid parks user as a hiker, runner, cyclist, and mom. Currently she works as the Learning and Evaluation Manager at the Santa Barbara Foundation.

Congratulations to Cecilia Brown. What an asset she was during her long stint on the County Planning Commission!

Thanks to all three for generously contributing their time and expertise to our community.

Kudos and gratefulness to these people for taking on these positions.

VOR out targeting the LGBTQ