The injured barn owl found on Highway 101 in December has made a full recovery and was released back to nature.

On December 5, California Highway Patrol (CHP) received multiple calls of an injured owl in the center divider near the Milpas Street off-ramp. Officer Sean Kelly was the first to respond and was later joined by Gary Paudler, a volunteer from the Santa Barbara Wildlife Care Network (SBWCN), who helped safely capture and transport the owl to their facility.

Paudler transported the owl to the Ojai Raptor Center where experts stated they did not believe the owl would survive its injuries from a collision with a vehicle. It sustained significant internal bleeding as well as trauma to the face, nasal cavity and eye. With a lot of care and medication, the owl started to eat on its own and made a full recovery.

On Tuesday at sunset, Officer Kelly joined wildlife rescuers to release the owl at Chase Palm Park in Santa Barbara. They opened a blue crate and encouraged the owl to fly back into nature where it soared toward some palm trees.

Local nonprofits the Ojai Raptor Center and the SBWCN depend on donations for their dedicated involvement in rescuing and rehabilitating local animals. For more information visit ojairaptorcenter.org and sbwcn.org.

Thanks to everyone for giving a hoot about this local owl's recovery. 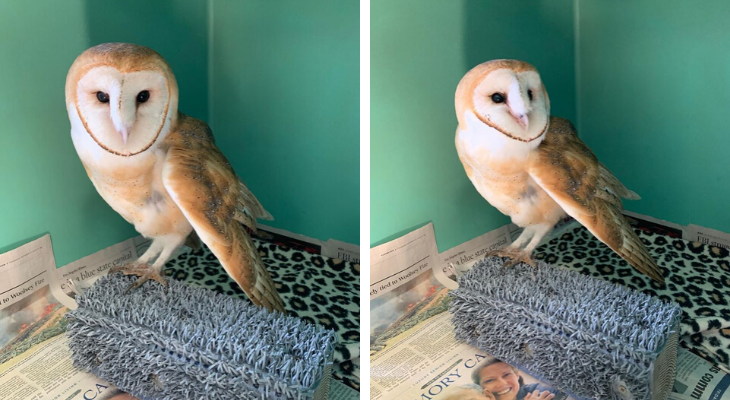 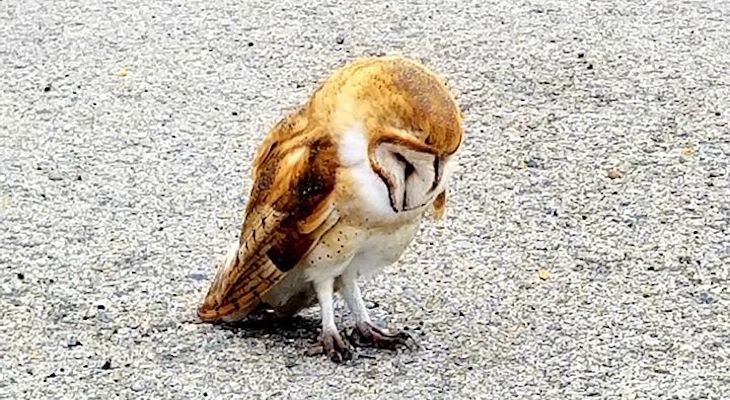 Check the meaning of the word

If it is true that "white

No kidding! The one porker,

It's amazing that people

It's currently relevant, and