The Coroner’s Bureau is releasing the name of the decedents from the vehicle accident on July 2, 2022, in the area of Hwy 1 and State Route 135 (South Y).

Upon arrival, two people were pronounced dead at the scene with another person suffering minor injuries.

According to the CHP, a Honda Civic driven by a 41-year-old Santa Maria man was heading northbound on Highway 1 approaching the 135 interchange. The Honda struck the left rear of a Nissan Sentra car in front of it causing the Honda to roll into the median.

An 18-year-old woman sitting in the left rear of the Nissan was pronounced dead. The driver, a 19-year-old woman from Nipomo, sustained minor injuries.

The identities of those involved are being withheld pending notification of next of kin. The toxicology of the Honda driver is also pending, but the drivers of the Nissan and GMC were not under the influence, according to the CHP. 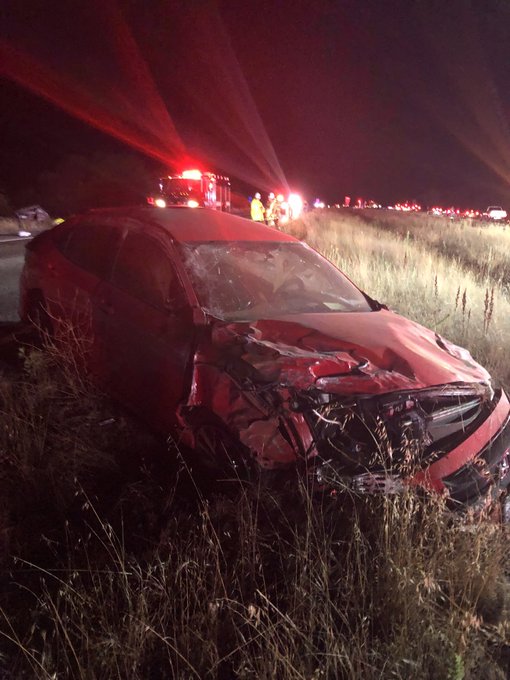 A 2007 Honda and 1997 Nissan collided at the intersection, causing both occupants of the Nissan to become trapped. The Santa Maria man and woman, both 75 years of age, sustained serious injuries and were extricated by firefighters.

They were transported by ground ambulance to Marian Regional Medical Center for treatment.

The 62-year-old Lompoc man driving the Honda was arrested for suspicion of being under the influence. He was uninjured.

Both incidents are under investigation by the CHP.

At 10:14 CHP San Luis received a report of a vehicle accident on SB Hwy at 135, with a body reported in the road. When units arrived on-scene they reported two people had been killed. No further details at this time.

My god, this is horrific. My heart goes out to the families of the young women. I cannot imagine.

Odd artifact here in the reporting. I made the initial report quoted above, but it was attributed to Tagdes. I'm fine with that if Tagdes is. Just know it is not accurate as to the source.

Our mistake, this has been updated.

Drunks and user-abusers. It's a shame they aren't cosmically limited to injuring or offing themselves but endanger everyone else, too. IMO, If a DUI tag happensmore than once, that person should lose his or her license and the car they're in if it hasn't been reported stolen. DUI driving is manslaughter waiting to happen.

That's the point I was going