Public News
by
16 Comments
Reads 4808
​Update by Santa Maria Police Department
October 21, 2019
Detectives from the Santa Maria Police Department have made an arrest in the homicide that occurred on October 6, 2019, at 805 tacos in Santa Maria. 29-year-old Juan Carlos Hernandez was arrested in Mexico with the assistance of the US Marshall’s office. Hernandez is being booked at the Santa Barbara County Jail on a warrant for homicide. 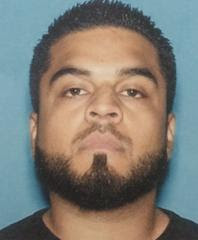 The Santa Maria Police Department is seeking the assistance from the community in locating the suspect involved in the homicide that occurred on Sunday October 6, 2019. The suspect has been identified as 29 year old Juan Carlos Hernandez, a resident of Santa Maria.

Detectives investigating the shooting that occurred at approximately 3:30 pm on Sunday at a business in the 1000 block of W. Main St. learned that the suspect shot and killed 33 year old Jose Medina Gonzalez also a resident of Santa Maria. Suspect Hernandez was last seen fleeing the scene in a silver 2013 Honda Fit with California license plate number 6WTU141. Hernandez is considered to be armed and dangerous and SMPD is asking anyone with information on his whereabouts to not approach the suspect and call 911.

On 10/07/19 at approximately 1524 hours officers responded to a call of shots fired at 1018 West Main Street. They located a Hispanic male adult suffering from multiple gunshot wounds. The victim was transported to Marian ER however he died as a result of his injuries. There have been no arrests made as of yet and this case is still under investigation.

The victim has been identified as 33 year old Jose Gonzalez Medina, a resident of Santa Maria.

It's a new County wide rule.

That is a fantastic story.

I walked on the Goleta pier

As far as I know SB's

This former POW camp should