Hidden Valley Property Should Be Restored, Not Developed 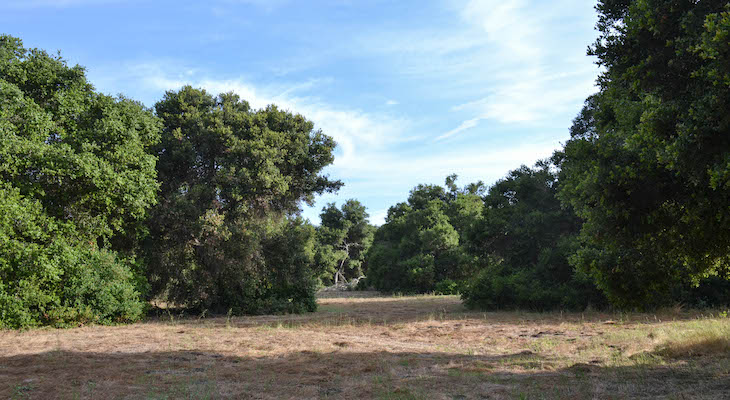 The 12.5 acre Hidden Valley school property at the end of Palermo Drive has benefited people and wildlife alike for many years by providing peaceful open space.  The Santa Barbara Unified School District (SBUSD), which owns the property, plans to build a farm with the addition of classrooms, paved roads, and other infrastructure that will disrupt the ecological integrity of the site.

I am a board member of the Santa Barbara Urban Creeks Council, a 501(c)3 public benefit nonprofit, and also a 2019 graduate of a local high school and incoming UCSB environmental studies student. I believe that the Hidden Valley site would not be an appropriate location for a farm project.  Specifically, I hope to see the space restored to its natural state. It could then be used as part of a curriculum on nature and local wildlife, starting with the restoration project itself, which students could get involved in.

There are several reasons why the proposed farm would not be the best use of this valuable property.  One reason is the high cost of planning, building, and managing it. Just the initial plans, environmental study, and installation of underground utilities to the building site are expected to cost approximately $1 million in public funds.  In addition, small-scale urban farming is labor and water intensive. According to experienced farmers whom we spoke to, it would require two full-time employees per acre, year round, even though SBUSD’s budget has planned for only one employee for the entire farm.  The use of city water would also be a high, ongoing cost, and the alternative of drilling a new well would be not only expensive but would have negative environmental consequences.

Farming would best be taught on the campuses themselves and by visiting existing local farms. On-campus garden projects would provide daily hands-on experience for the students, and working farms that the community already has could immerse the students in the realities of agriculture. There is no need for SBUSD to build a new farm from scratch at public expense when better educational opportunities already exist for a fraction of the cost.

The site contains five of Santa Barbara’s major habitat types that host a wide variety of native flora and fauna, including sensitive species and nesting songbirds.  This makes the area rich in opportunities for youth to learn about their local ecosystem and how to study, interact with, and protect it, as well as important skills such as data collection and analysis.  The Santa Barbara City Creeks Division is in the initial stages of a restoration of the adjacent parcel, which will enhance these opportunities even further.

The valuable habitat in this space and the educational opportunities that come with it would be severely degraded by the agriculture, classrooms, lighting at night, parking lots, and paved roads that have been proposed.

The students don’t need classrooms built on the property, because nature would be their classroom.  My own passion for environmental protection arose not from any classroom lesson, but from exploring my yard and local open space preserves as I was growing up.  This interest was further developed when I helped map the locations of sensitive species at the nearby Arroyo Burro Open Space as a ninth and tenth grader. Carrying out an ecological restoration of the site and using it for nature education could give many more students similar opportunities.

The school district already has classrooms, and it already has space on campuses where gardens and farms can be created.  What it does not have is a space for educating students about nature and wildlife through experience. Please consider joining us to support preserving and enhancing the ecological integrity of the Hidden Valley site so that students, the public, and native wildlife could all benefit from what it already has to offer.

Do you have an opinion on something local? Share it with us at [email protected]. The views and opinions expressed in Op-Ed articles are those of the authors and do not necessarily reflect those of edhat.

What’s tragic is that this