Horne, an honorable boatswain’s mate, served as an ‘Executive Petty Officer’. Unfortunately, he suffered major injuries whilst working on an operation for the Maritime Law Enforcement off the coast of Santa Barbara and died protecting and serving at sea.

As a recognized and prestigious member, Horne is remembered by family, friends and his community for his hard work and dedication to ensuring the safety of others.

The new vessel, the Coast Guard Cutter Terrell Horne III, a Sentinel-Class Fast Response Cutters (FRC) ship, is a new vessel that was transported across California.  The vessel will assist in rescue missions, security operations, defense, and environmental control procedures, which can be achieved easier with the ship’s enhanced features and impeccable equipment. The FRC vessel contains excellent controls and intelligent computerized systems that enable a better environment for crew members and better success for operations. The vessel leaves all in awe with its top speed of 28 knots, allowing rapid transportation for high profile cases, such as those associated with the National Security Cutters, of the Coast Guard.

As outstanding as the vessel is, it is even more remarkable for what it stands for. The FRC vessels are often recognizable for being named after honorable members of the crew lost at sea.

In this case, the Terrell Horne III, is named after a Hero and protector who lost his life aiding in securing his boat from drug smugglers, whom murdered him in an attempt to get away. Horne, named a hero, saved the life of a fellow shipmate by sustaining fatal injuries in place of them, to shield from an oncoming vessel. A tragic loss at sea, leaving behind many hearts full of memories.

Thankful for his service and heroic act of kindness, the memory will forever be engraved at sea, as the Terrell Horne III (WPC-1131) ship carries his legacy and his name. 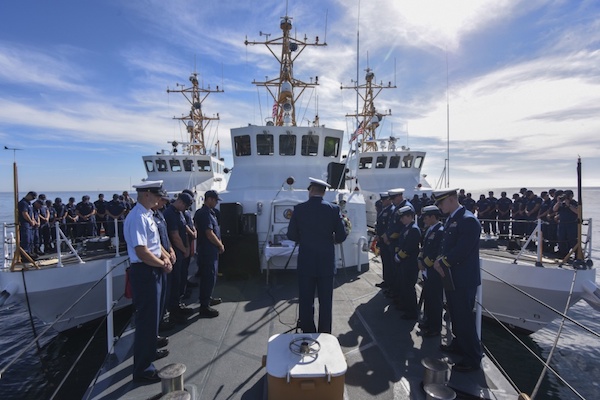