It's Mother's Day! The day where we celebrate the ladies who raised us. Some moms pretend they don't need or want anything today, but don't make that mistake. Chocolates, a bouquet of flowers, or a card with a heartfelt message will suffice to make mom feel special. This year we can finally celebrate in person and get back to a traditional brunch or family dinner.

We can't forget this classic past photo of the Garden Street Dog taking care of her pups on Mother's Day. 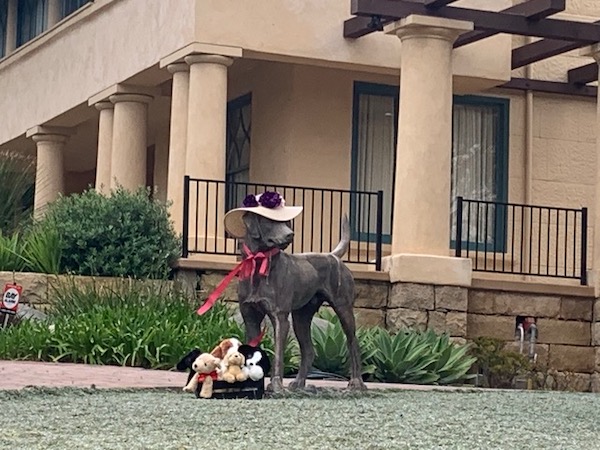 A few years ago we ran a Mother's Day-themed contest where winners received tickets to the Downtown live art and wine walk. Edhat readers sent in hilarious stories about their mothers and Ed picked the winning story that made him laugh the most. Since COVID-19 has yet again put a damper on fun contest plans, we're reprinting the winning story as it still makes Ed chuckle.

My mother, Hilde Marshall, who arrived from Germany in 1939, never quite mastered the English language. Once, for example, the police pulled her over for speeding. “Ma’am, you were doing 65 mph in a 25 mph zone.” “Bah, impossible,” she retorted. “I’ve only been driving for ten minutes!”

Another time we went to the drugstore, and I told her I needed some deodorant. The druggist asked if she wanted the spray or ball type. “No, the type for under the arms,” she explained. I was fourteen...and mortified. 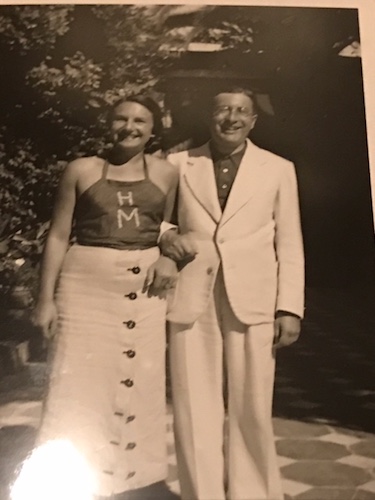 Here's to Hilde Marshall, who lived to be 101

Read the rest of the stories submitted to the contest here.

Yes, today's Mother's Day is highly commercialized. However, it didn't start out that way.

The term “Mother’s Day” was coined by Anna Jarvis in 1912 as being on the second Sunday of every May. Despite her protests, Mother’s Day became commercialized within nine years of having been created. She reportedly spent all her inheritance fighting what she saw as an abuse of the day's true meaning.

While greeting card companies and national retailers are making the big bucks on this day, most Mom's wouldn't prefer gifts. According to the below poll, 54% of moms want "well-behaved kids" for the holiday while 29% would prefer time for themselves.

All I want for Mothers Day are equal rights.

Festive Fido: I love this

FITZ - If you're intimidated

This is a time to celebrate

Not the developed world.

Thanks to all Search & Rescue

This country is divided by