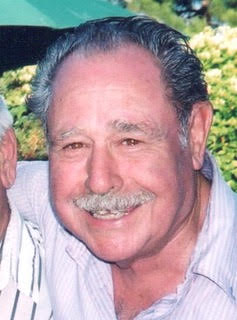 Born May 2nd 1929 in Santa Barbara, CA to Giovanni Morosin and Maria "Marositca" Morosin, they lived in Santa Barbara till the family decided to go back to Crespano del Grappa, Italy when Gino was just three.
Gino was raised in Crespano del Grappa with his family which included his brother Bruno Morosin till Gino decide at the age of 20 to make his way back to America.

With nothing more than a ticket for a ship ride from Genova, a few dollars, an uncle in Santa Barbara, an American passport and no English speaking skills, Gino made off for the American dream.

Once he arrived in Santa Barbara, he was offered his first job working for Eugene Pozzibon, from there he went to work for Tino Zilliotto & Tony Bortolazzo delivering bread for the Italian bakery, until getting his dream job.
Hired on as a butcher at the M&F packing company, which would then become Sambos packing company, Gino worked for over 20 years at M&F/Sambos till his retirement. An avid hunter, fisherman, bowler ( Arnoldi's team) and of course bocce player ( at Toscan's and Arnoldi’s), Gino enjoyed his life to the fullest. He was a member of the Italian/American boot club, an honored guest of the infamous D.B. Club and was always one to be invited to the German club dinners and dances. 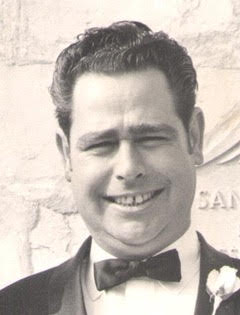 He is preceded in death by his parents, Giovanni Morosin and Maria "Marostica" Morosin, and his brother Bruno Morosin. He is survived by his two sons, Jerry John Morosin and John Jerry Morosin. His grandchildren, Shayne (Kirsten) and GinoMario,  his great grandchildren Lilian and Colette, Sister in law, Anna Morosin and countless nephews, nieces and cousin here in America, Canada and Italia.

His burial will take place Friday Dec 7th, 2018 at the Santa Barbara Cemetery at 2:30 pm and all are welcome and invited to attend.

A Celebration of Gino's Life will be held at Arnoldi's Cafe ,Sunday Dec 9th starting at 12:00 pm. In lieu of flowers please make donation to the Alpha Thrift School or the Hospice of your choice. Please visit www.wrhsb.com to leave an online memory or condolence.  Arrangements entrusted to Welch-Ryce-Haider Funeral Chapels.

Toggle Comments (Show)
Gino Morosin
Good grief, his son John is the spitting image of him. You may know John from behind the register at the Italian/Greek Deli.
Please Login or Register to comment on this.

Aren't you the lucky one.