George T. Chelini, Santa Barbara native and former director of the Santa Barbara Boys and Girls Clubs, passed away on June 17, one day short of his 89th birthday. 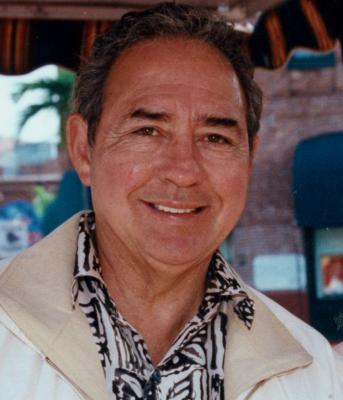 George grew up just off Milpas on Alphonse Street; graduated in 1949 from Santa Barbara High School, where he played basketball and football; served with the U.S. Air Force in the Korean War; and attended Santa Barbara City College (where he was Student Body President) and UC Santa Barbara.

He started working for what was then the Santa Barbara Boys Club in 1956. He spent 37 years with the organization, eventually unifying all the Clubs in Santa Barbara County and becoming their overall Director. George mentored many well-loved staffers at the Clubs who became local legends in their own right, including Sal Rodriguez, Pat Wargo and Donnie Yee. He also drummed up lots of donations, improved the Clubs’ facilities and ran sports leagues, all while keeping in close touch with the children who came to the clubs for entertainment, exercise and guidance. He was one of the first directors in the country to invite girls into the Clubs, leading to a renaming of the organization as the Boys and Girls Club of Santa Barbara.

Even long he retired in 1993, there weren’t many times when George went out in public in Santa Barbara when he wasn’t recognized by several people who’d been kids at the Boys Club during his years there. Nearly all, now grownups, would express how much George and the Boys Club had meant to them in guiding them into leading worthwhile lives.

Somehow, while raising his family and steering his nonprofit, George also found time to spend multiple terms on the Goleta School Board.

A very good friend of my father, they played basketball at the Eastside Boy's Club back in the 50s. May his soul rest in peace.

Reading this life remembrance makes me feel good about the future. What a nice arc his life was.

I'm very sorry for your loss, (to the family). I doubt you'd remember me, but I babysat you when you were young. Your Dad was a great guy. I always enjoyed being with you as kids, and wish you the best.

George was one of the very few people whom I never heard anyone say anything bad about. He was truly, TRULY a nice guy. He will be missed.

May he rest in peace

A Drive-Up COVID-19 Vaccine Clinic on the Goleta Valley Cottage Hospital campus is serving eligible healthcare workers and beginning to vaccinate individuals age 75 and over who live or work in Santa Barbara County.

What do other readers think about tourism and outdoor dining continuing during the COVID-19 pandemic?

Roger reports a possible panga boat landed at the beach below Dos Pueblos Ranch with up to 10 people on board.

Southwest Airlines announces it will include daily nonstop flights to Las Vegas, Denver, and Oakland.

A 32-year-old Santa Barbara man was arrested for sex crimes against elderly victims in a care home.

Authorities Won’t Say If COVID-19 Is the Suspected Cause

Highway 101 Shut Down for Pedestrian Killed Near Milpas