The forward progress has been stopped on a vegetation fire at La Patera Ranch in Goleta.

At 2:26 p.m., Santa Barbara County firefighters responded to the scene of a fire off North Fairview in Goleta.  The first arriving crews reported approximately 10 acres with the potential for 100 acres due to high winds and a downhill burn.

The location was then updated to the La Patera Ranch area, west of Fairview Road. Santa Barbara County firefighters were assisted by Santa Barbara City, Montecito, Carp-Summerland, and the Los Padres National Forest.

Helicopter 964 made water drops on the east flank of the fire as firefighters made good progress. Crews continued to increase the containment lines around the fire as incident command released dozers and some resources, according to Public Information Officer Mike Eliason.

At 4:00 p.m. the fire was reportedly 25% contained, with forward progress stopped and 11 engines and 1 hand crew remaining on the scene.

The cause is under investigation and so far there have been no structures threatened. 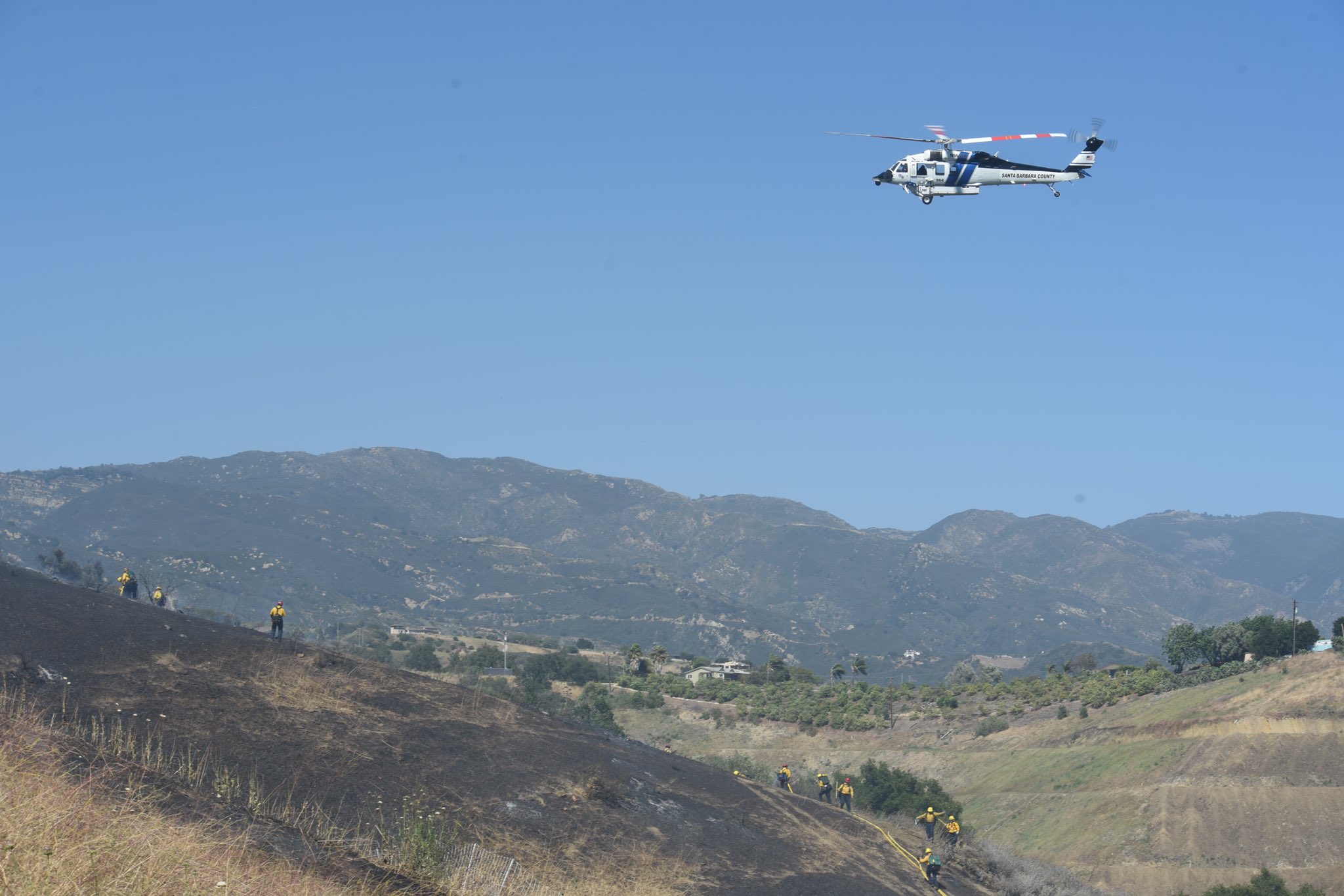 Forward progress is stopped on a vegetation fire at La Patera Ranch in Goleta. 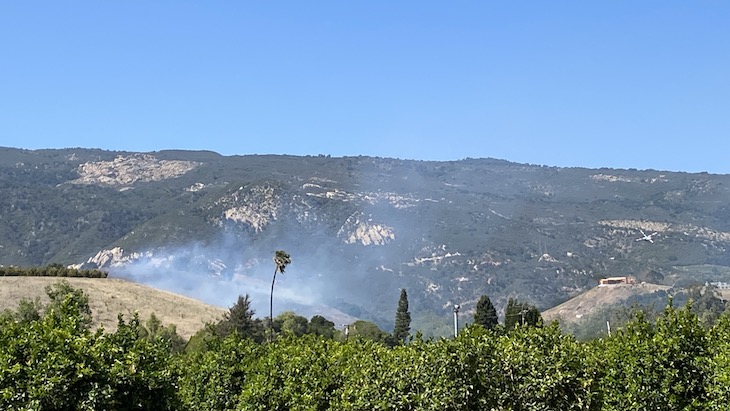 Photo and video by Scanner Andrew

Super windy was just there.

Fire station 14 is right there. hopefully they'll make quick work of this

Air resources are on it. Can’t see it from where I’m at right now and don’t have it on the scanner

Forward progress has been stopped

Great news. Went in my garage about 1/2 hour ago and thought I caught a whiff (didn't know there was a fire then), but went outside a couple of minutes ago and couldn't see any smoke.

OCFA’s FIRIS Intel 24 has mapped the fire at 3.6 acres

Part of an email from the City of Goleta:

Update on Patera Fire
We are pleased to report that firefighters have stopped all forward progress on the vegetation fire burning at La Patera Ranch west of Fairview Avenue. The vegetation fire broke out just before 2:30 p.m. today, May 8. The fire is 25% contained and still estimated to be approximately 10 acres. Firefighters continue to increase containment lines around the fire and will remain on scene overnight to ensure all hot spots are out. Due to the windy conditions, the situation can change and we ask the community to stay vigilant and informed.

FYI lots of power lines down calls happening around the south county. May start a new post if calls escalate

That was (is) a great job done by the firefighters in what could have been a disaster in these winds. Thanks guys and gals.

It appears that the City of

Doilies: Everyone has the

Grrrrr! damit and them. 2 so