From 1984 to 1997, Harris was KEYT's main news anchor and briefly served as news director for the station. He then went on to be the news producer at then-KCOY Channel 12, reports KEYT News. 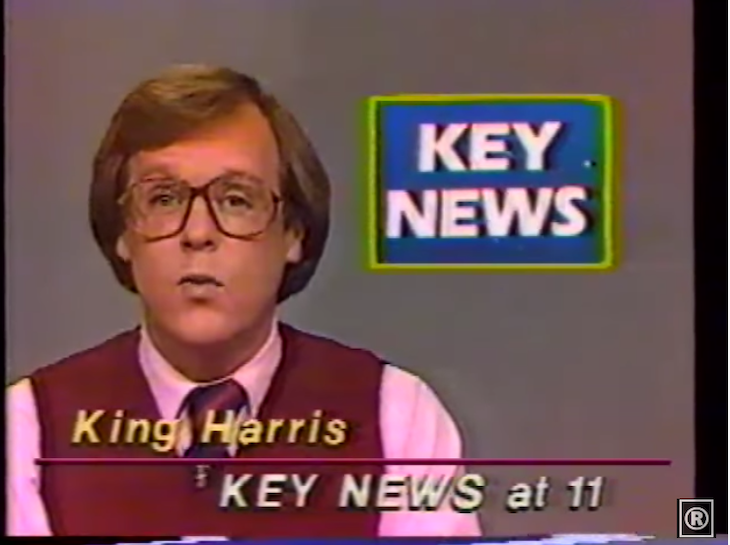 Aside from working in Santa Barbara, Harris worked at a television station in Monterey, taught journalism at Cal Poly in San Luis Obispo, was the news director of KVEC radio, was the managing editor of New Times, and wrote a weekly column for the Tolosa Press.

Harris was also a Vietnam veteran and in 1988, accompanied then UC Santa Barbara professor Walter Capps and a group of other veterans to the Soviet Union. The journey was featured in the award-winning documentary “Brothers in Arms.”

He retired from KVEC radio in 2015, but still made regular appearances on Friday afternoons.

Great guy. I remember he got his start in the mid seventies as editor(?) I think of the Lompoc Record. He has been around a long time! RIP.

Great guy. Never should have let him get away from KEYT. I imagine he was much happier to be up north living in AG and working close to home there. He enjoyed SB during it's last good decade, and got out before it became what it is now. North of the tunnel is where it's at!

I will never forget him signing off on the 6pm news the night of the Painted Cave Fire...the look on his face said everything that we needed to know at that moment.

Sad news indeed. King always had a great heart, but the coolest thing about him was that he didn't "editorialize" the news (as is the norm these days). He was a true news media icon & yeah man, missed him when he retired from KEYT, now missin' him in his passing. Truly 1 of the good dudes in journalism. Rest in peace.

King was a kind and decent man. He will be missed.

Very sad. King was a terrific anchor. Such a natural and very likable.

Anyone know what those two