Ed Easton, the former mayor of Goleta and city councilmember, passed away Wednesday morning from health complications following a stroke, reports The Independent. 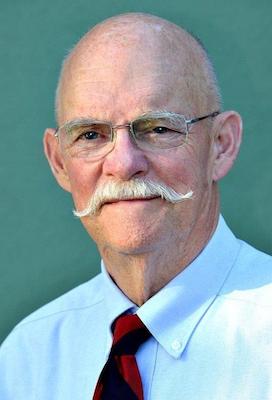 Easton served as Goleta's Mayor from December 2011 to December 2012 and councilmember in 2018 and re-elected in 2012. He also served as a member of the Goleta Planning Commission, the Design Review Board, and the City of Goleta Old Town Project Advisory Committee. In 2014 he was required to resign from the Goleta City Council as they moved to Noleta, outside the city limits.

Born on the East Coast, Easton earned a Bachelor's Degree in Political Science and a Master's Degree in Architecture from Yale University. He became a licensed architect in 1968 while living in North Carolina and served as Director of Housing and Physical Planning in Charlotte's Model Cities Urban Renewal Program until he joined the staff of the National Wildlife Federation to create a Leadership Development program. In 1988 he founded the Institute for Conservation Leadership, a nonprofit organization with a six-year grant from the Pew Charitable Trusts, according to the Gaviota Coast Conservancy.

Easton and his wife Ky retired to the Santa Barbara coast in 2000, and lived in and renovated a 1913 California bungalow in Old Town Goleta. Among his many civic leadership positions, he also volunteered in the Sierra Club, leading Groups, Chapters, and as the Appalachian Regional Vice President. He was also a board member of the Gaviota Coast Conservancy since 2004 and founded Friends of Coal Oil Point Reserve.

A true gentleman and a wonderful advocate for green space. I never heard a negative word about Ed Easton. Yes. He will be missed, greatly. Condolences to all who knew and loved this man.

2 great men, each with great mustaches, passed away this week from complications after a stroke! Sad for Mr. Easton and Mr. Sly's loved ones.

Ed was also a docent at Coal Oil Point Reserve for over a decade. During his tenure, he helped improve the program by sharing ideas from his previous experiences with conservation groups. Many students were lucky to be trained and learn from Ed. On behalf of the reserve staff, we send our condolences to Ed's family and want to let you know that Ed was an example of good stewardship to so many people.

Very sad day for all SB peole especially Goletans and the environmental community. Ed was one of the all time greats of our community. He will be greatly missed by so many people.

My husband and local monarch activist, David Lange, designed the T-shirt logo for Friends of Coal Oil Point, and deeply admired Ed Easton; so did I, and have missed his voice and face for years. Ed brought class to our local conservation efforts and always seemed to go where the immediate need matched his considerable skills. Lucky us! Ky, thinking of you. Maybe Ed is riding with the great sea turtles in the sky.