[Update: A response from the CoastHills Credit Union Chairman of the Board has been added below.]

The lawsuit alleges York was terminated on March 16, 2018 “without cause” after being placed on administrative leave on February 6.

The 102-page lawsuit includes 16 claims of misconduct against the credit union, from wrongful termination, retaliation and labor code violations, to defamation, false light and breach of contract. The complaint chronicles a year-long series of events and conduct against York by the credit union and its Board of Directors. 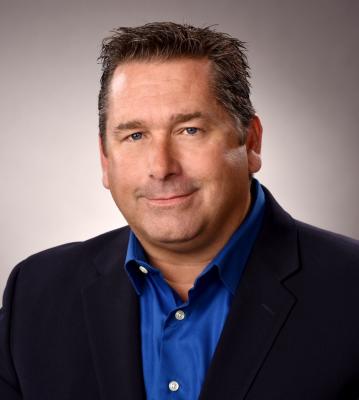 The impetus for the complaint stems from the failure of Board Member Kate Griffith’s personal business dealings with CoastHillls and her alleged defamatory public remarks, followed by her proposal to link York’s annual bonus to a personal weight loss goal. The lawsuit states that instead of the Board of Directors taking any action against Griffith following his and others’ complaints against Griffith, the Board acted against York and others, placing him on administrative leave and then terminating him.

The lawsuit claims Board’s retaliatory actions against York were pretextual as they conducted a series of investigations against York, despite more than a decade of exemplary service which grew the credit union to is present financial health and community status, costing CoastHills’ members hundreds of thousands of dollars.

CoastHills has made public comments regarding the termination stating it was “for cause” and due to “personal matters.”

Bill Anders, the Chairman of the Board of Directors CoastHills Credit Union, recently reached out to edhat for comment. Below is the full statement*:

CoastHills Credit Union wishes to speak to its members and the community at large regarding the lawsuit filed by its former CEO Jeff York against the Credit Union, two employees, and 8 of its current and former volunteer Directors.  The lawsuit claims that Mr. York was discriminated against, including because of his gender, and that he was wrongfully terminated.  His claims single out a couple of the Directors, and makes offensive allegations against them in what appears to be an attempt to destroy their reputations in the community.  His motives may be further revealed by the fact that his legal counsel recently sent out a press release reminding people that he filed this lawsuit more than a month ago, and repeating the false allegations he is asserting against the Credit Union and some of its Directors.

We wish that Mr. York had confined his claims to suing the Credit Union, but he is free to sue whomever he wanted for whatever reason he wanted.  Importantly, because Mr. York makes his allegations in a lawsuit does not mean those allegations are true.  CoastHills disputes the claims of Mr. York and is vigorously defending the reputation of our members, staff and volunteers.  In terminating Mr. York, as well as in all other personnel decisions, the Credit Union and its volunteer Directors are acting in the best interests of its members and to preserve CoastHills Credit Union as a premier financial institution of which we can all be proud.  The Credit Union is confident that the true facts will eventually come out and the Credit Union, its Directors and its employees are fully and completely vindicated.

Below is York's official lawsuit filing:

Below is Harlow's official lawsuit filing:

*[Editors Note: The original article was published on August 13. It has since been updated with a full statement from Bill Anders that was received on August 16.]

It's a warning to the other

The reason why I would not do

Thanks for reminding us how

That would be useless for me.

Love the mural, love the

This too will pass, be

Why again? You want her to