At 1:45 p.m., crews were dispatched to the intersection of Highway 1 and W. Clark Ave for a reported smoke check. Upon arrival, the response was immediately upgraded as crews noticed a working fire to a first alarm response which included engines, dozers, aircraft, water tenders, and a helicopter, said Captain Daniel Bertucelli.

The first arriving crew stated there appeared to be a 1-2 acre fire in grass at a slow to moderate rate of spread with some structures threatened. Firefighters immediately began hose lays from the anchor of the fire and started knocking down the flanks while dozers and hand crews came in from behind building a secure line, said Bertucelli.

The forward progress was stopped around five acres and crews will remain on scene for several hours mopping up.

There were no injuries and the cause is under investigation. 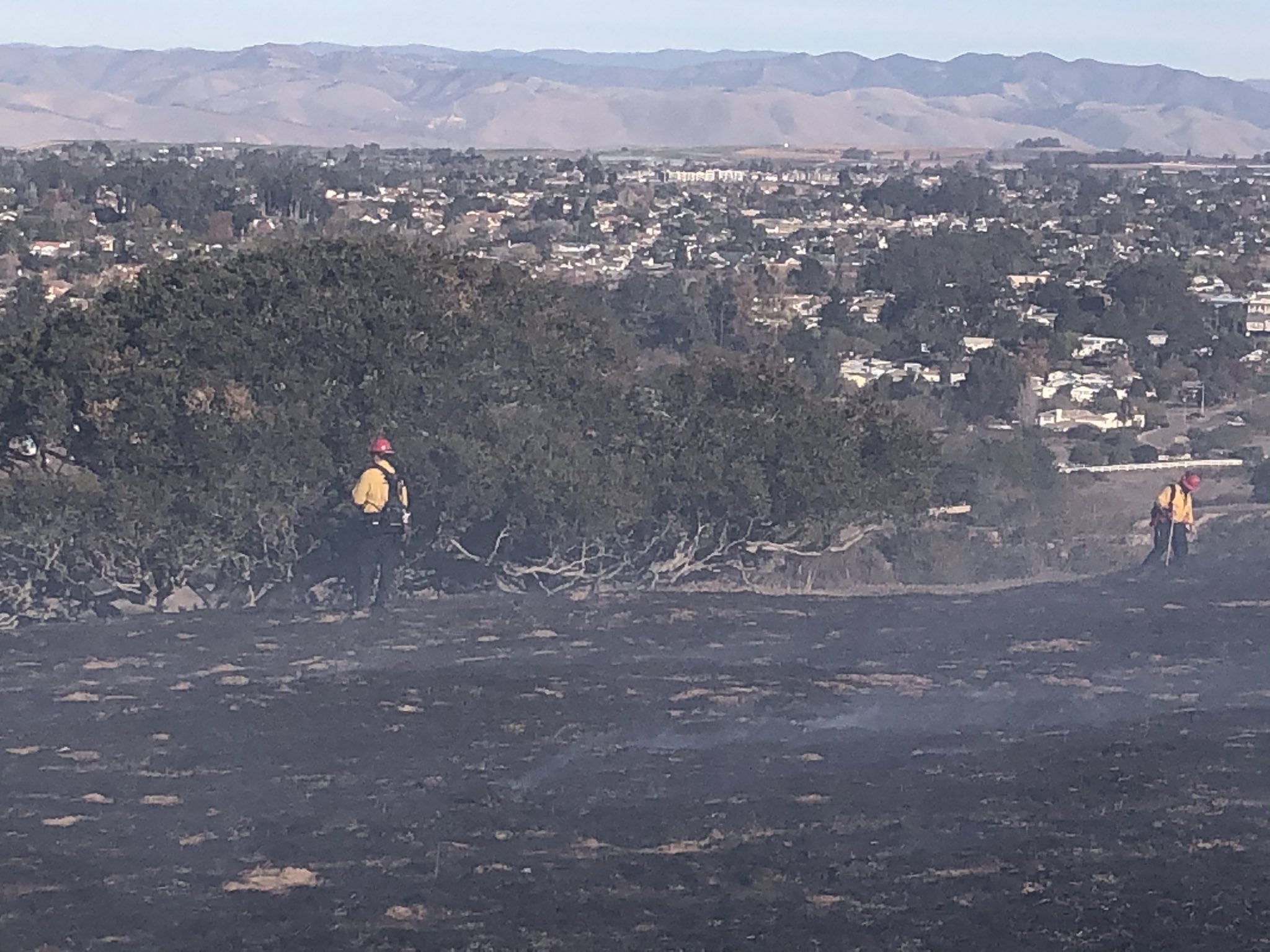 Santa Barbara County firefighters are on the scene of a vegetation fire near Hwy 1 & Clark Ave. Reporting the fire is about an acre with a slow rate of spread.

Additional update advising a total of two backing fires on the top of the ridge; the units responding should be able to get them under control for now.

Sheriff is advising they have a suspect in custody

I just heard them say they may have a 2nd suspect in the canyon asking about Air Support..

Just heard that on the fire command now

Workers cutting brush during a high fire alert without anything to put out a fire? Illegal "campers"? Careless smoker? SCE wires? Arsonist-nutcases? What do these causes of conflagration and property loss have in common other than starting most of the fires in the state?

Thanks to the high rate of

No patients on scene

Report of people fleeing the

Fire has been knocked down

Thanks to vaccine refusal and