Photos: SBCFD
​Update by edhat staff
9:10 a.m., July 29, 2019
Santa Barbara County Fire Department reports the Range Incident is 100 acres. Crews are on scene continuing to line the fire with dozers, crews, and engines. Air tankers and helicopters will be assisting throughout the day. The forward progress of the fire has been stopped.
Update by edhat staff
8:00 a.m., July 29, 2019

At 10:39 p.m., fire crews received a call of two potential brush fires. One was described in the Happy Canyon area and another described behind Lake Cachuma. At 12:10 a.m., Public Information Officer Daniel Bertucelli confirmed there is one fire, called the Range Incident as it's near the gun range off Happy Canyon Road.

As of 2:00 a.m. Monday, the fire has reportedly grown to over 50 acres. Firefighters are actively engaged with the brush fire and roads are closed in the area with the latest numbers stated the fire has reached 150 acres. 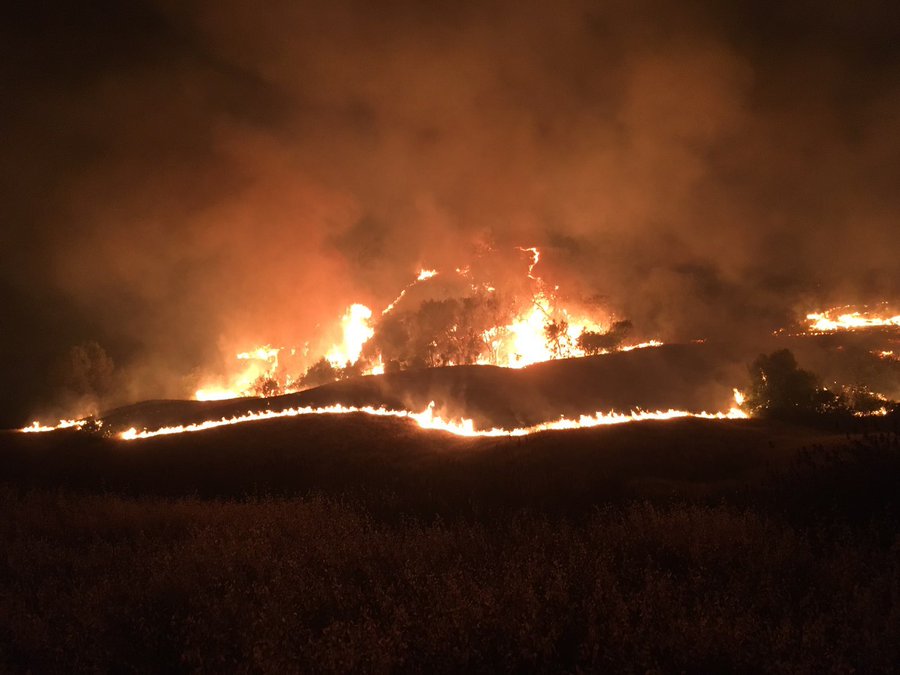 Is there a brush fire near the Happy Canyon area?

Do you ever wonder what