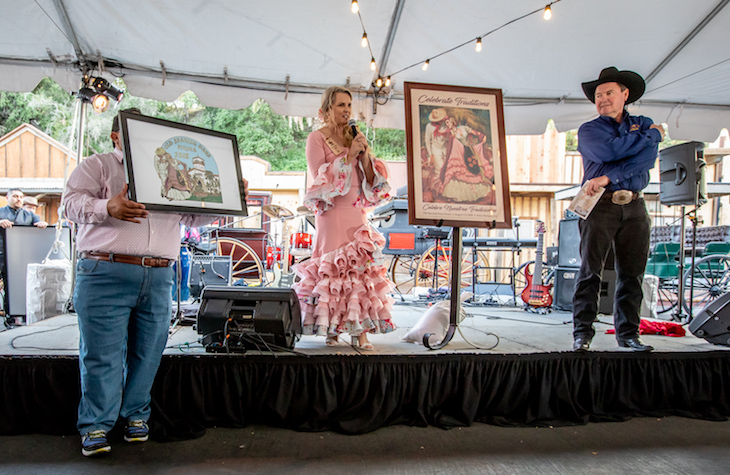 The Poster and Pin, featuring a magnificent work La Bamba by Mexican painter Jesús Helguera (May 28, 1910 – December 5, 1971), will be distributed to countless community members and tourists as a keepsake of Fiesta 2018. Helguera’s images are as well known in Mexico as Norman Rockwell’s are in America.

“I first saw the image I selected for my poster in 2008,” said La Presidenta Sanford.  “I was immediately drawn to it because it looked happy, and was very traditional to me.  I thought if I ever became La Presidenta I would want that as my poster. “ 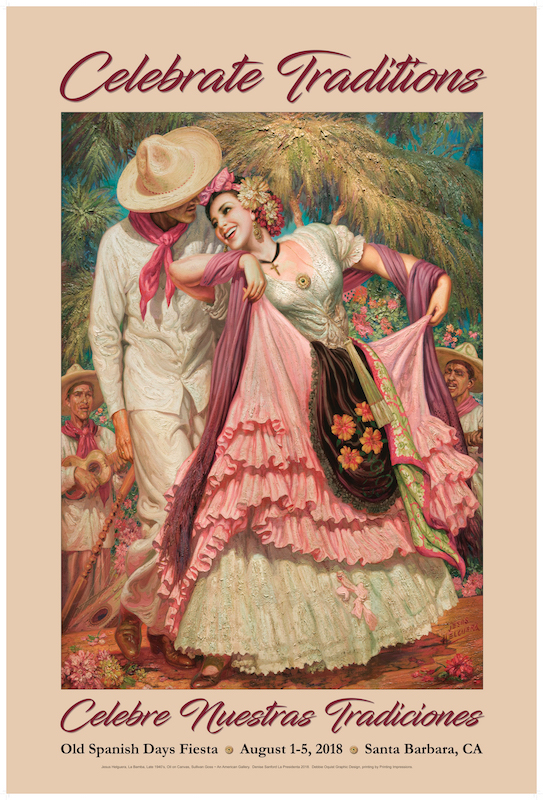 In terms of the Fiesta Pin, La Presidenta Sanford added: “For the Pin design I knew I wanted to use the courthouse as that building has always been a favorite of mine since coming to Santa Barbara.  Since being on the board and particularly when I was Division Chief of Dance and Entertainment, seeing all the dancers of all ages dancing on the Courthouse Sunken Garden stage I knew it would be special.  I also knew I wanted dancers as it would all come together.  I love when things are consistent so what better way to bring consistency than to have the image of the dancers from the poster on the PIN." 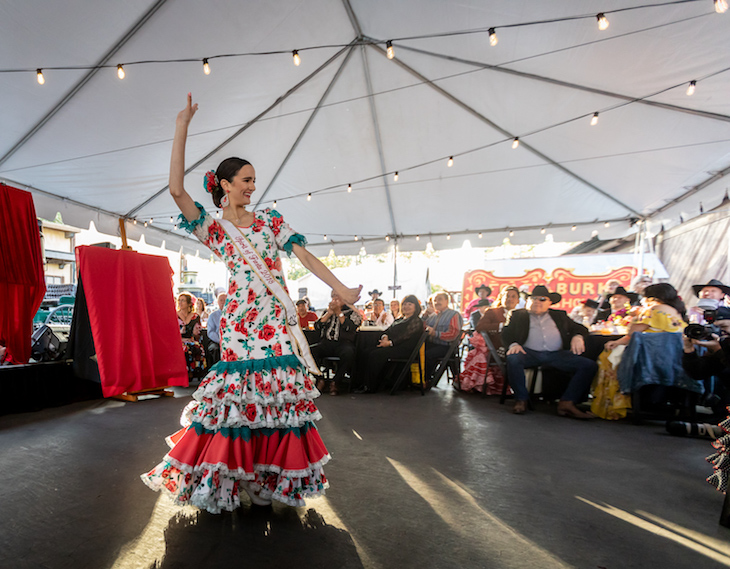 About the Image Artist:  Jesús Enrique Emilio de la Helguera Espinoza was born to Spanish economist Alvaro Garcia Helguera and Maria Espinoza Escarzaga on May 28, 1910 in Chihuahua, Mexico. He lived his childhood in Mexico City and later moved to Córdoba in the state of Veracruz. His family fled from the Mexican Revolution to Ciudad Real, Castilla la Nueva, Spain and thereafter moved to Madrid. Jesús first gained interest in the arts during primary school and would often be found wandering the halls of the Del Prado Museum. At the age of 14, he was admitted to the Escuela Superior de Bellas Artes and later studied at the Academia de San Fernando. Helguera later married Julia Gonzalez Llanos, a native of Madrid, who modeled for many of his later paintings and with whom he raised two children. 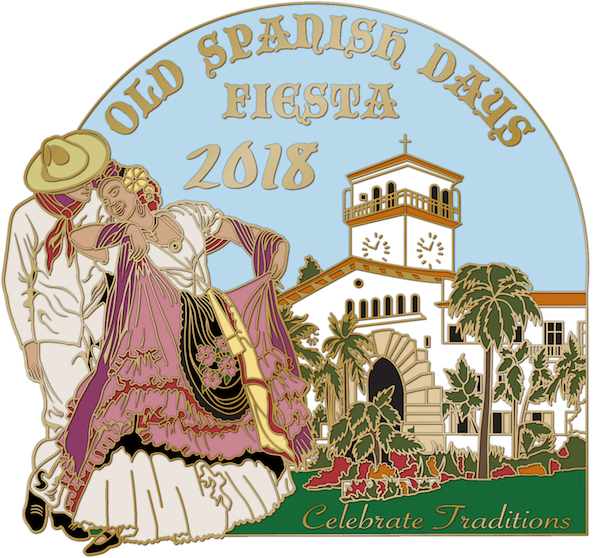 Jesús first worked as an illustrator at the Editorial Araluce working on books, magazines and comics with many of his published works done in gouache. He became a professor of visual arts at a Bilboa Art Institute at the age of 18 and worked for magazines such as Estampa. Helguera was forced to move back to the Mexican state of Veracruz due to the outbreak of the Spanish Civil War and following economic crisis. Upon his arrival, mural making was en vogue and he was hired by Cigarrera la Moderna, a tobacco company, to produce calendar artwork printed by Imprenta Galas de Mexico. Much of his work reflected his own fascination with Aztec Mythology, Catholicism, pin-up girls and the diverse Mexican landscape.

His paintings showed an idealized Mexico and it was his romantic approach that gave his paintings the heroic impact that eventually made him famous. In 1940, he created what is arguably the most famous amongst his paintings, La Leyenda de los Volcanes, which was inspired by the legend of Popocatépetl and Iztaccíhuatl. It was later purchased by Ensenanza Objectiva, a producer of didactic images for schools. Many of his paintings would later be reproduced in a variety of different calendars and cigar boxes reaching households and businesses throughout Mexico.

A beautiful poster! And, I am so glad that you included the information about the artist. I will be looking to see what other paintings there are of his, that I might be able to find and appreciate.

Actually en espanol it would be La Presidente but it's probably okay if we want to create our own term. Did the article mention that the original painting was at the event and the curator of the gallery that owns it gave a nice explanation about it? One of the few painting by this artist that is around. Viva Fiesta!

I can not imagine a lovelier choice for this years Fiesta poster ! ... I also love that the pin incorporates the Courthouse Sunken Gardens which immediately brings to mind all the years of beautiful dancers on the stage that they set up there on the steps. Kudos to this years El Presidente for what I believe will be a favorite Fiesta poster & pin

Pardon me, that should say, Kudos to La Presidenta !

Beautiful; can’t wait to get mine, and the celebration to begin,

This is a beautiful poster!

One Death and 77 New Cases

I was watching the horrific

Besides sad, it would be

This is great! Thanks to all

The reported test for the

Take a chill pill, brah. We

UCSB... you're getting even

Hi SBOB -- Not sure if that

Why are we so harsh on naive