The Santa Barbara County Office of Arts and Culture is pleased to announce that Emma Trelles has been selected to serve as the next Poet Laureate for the City of Santa Barbara. Trelles will commence a two-year term on Tuesday, April 13, 2021 as the recipient of the city’s Poetry Month Proclamation. She will succeed Laure-Anne Bosselaar, who has served as the city’s Laureate since 2019.

Trelles is the daughter of Cuban immigrants and the author of “Tropicalia,” published by University of Notre Dame Press, which won the Andrés Montoya Poetry Prize, the first book prize to be awarded to a Latinx poet living and writing in the U.S. Her work has been published widely and anthologized in publications such as “Best American Poetry” and “Best of the Net.” Trelles has presented her poems across the country and received fellowships from CantoMundo and the Florida Division of Cultural Affairs. She is currently writing her third collection of poems, “Courage and the Clock.” 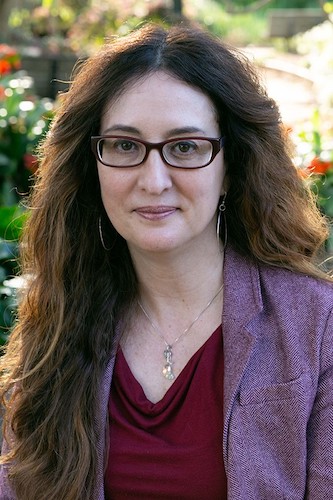 The Poet Laureate program was established in 2005 by the City of Santa Barbara. The honorary position actively participates in ceremonial, educational and cultural activities in the community.

Trelles teaches composition and creative writing at Santa Barbara City College. Since 2014, she has curated the Mission Poetry Series, featuring Latinx and diverse poets from Santa Barbara, throughout California, and as far away as El Salvador.

“Throughout my work curating, teaching, and writing poetry, I’ve also been committed to how my role as a poet can bring people together,” said Trelles.

As the official “Home of the Poet Laureate,” the Santa Barbara Public Library is a major partner in stewardship of the program.

Library Director Jessica Cadiente said, “Santa Barbara Public Library is honored to continue to work with the Santa Barbara Poet Laureate to celebrate poetry in our community and make the literary arts more accessible to all.”
Poets Laureate have had the dual task of celebrating joyous occasions in the city as well as supporting community efforts for resilience and recovery.

According to Bosselaar, “There’s a poet in all of us — it is essential to remember that, especially during these times of isolation and self-quarantine. So, let’s continue to celebrate those poets among us in our special Santa Barbara community: poets young and old, from all backgrounds and origins, for poetry offers us the skill and capacity to sing about us all!”

Congratulations to her! but I'm questioning her term, "Trelles will commence a two-year term on Tuesday, April 13, 2021 as the recipient of the city’s Poetry Month Proclamation. " Has she been the poet laureate for the last 7 weeks and the City is only announcing it?

The press release was sent earlier and we were delayed in posting it to make room for more breaking news items.
-ed staff

They had one this Morning to

BASIC - I have no problem

You know what Sacjon, I

You mistake theater for

Because that would be a

"her inability to abide

Re: Murillo not attending the