The wrongful-death lawsuit filed by the Ely family against the County of Santa Barbara and the Sheriff’s Office is likely headed to trial after a year of closed-door negotiations failed to result in a settlement agreement. “The county is not going to fess up,” said family attorney DeWitt Lacy, a prominent civil rights lawyer who specializes in police misconduct cases. “Sometimes it’s hard for people to face the music and admit to mistakes that result in such tragic error.”

Cameron Ely ― the son of Tarzan actor Ron Ely ― was unarmed when he was shot 22 times by four deputies at the family’s Hope Ranch estate on October 15, 2019. At the time, Cameron was the prime suspect in the stabbing death of his mother, Valerie, earlier that evening. Authorities claim Cameron announced he had a gun during his confrontation with the deputies in the home’s driveway and then lunged at them.

Lacy and the Elys dispute that narrative. They claim the deputies lied in their statements to investigators, and they point to multiple audio recordings of the incident that contradict the deputies’ version of events. They have also faulted the deputies for reportedly failing to render timely medical aid to Valerie when they arrived at the crime scene.

Opening arguments are scheduled to begin February 22, 2022, in federal court in Los Angeles. Sheriff’s spokesperson Raquel Zick said the department could not comment on pending litigation. The Santa Barbara District Attorney’s Office previously ruled the shooting a justifiable homicide and said the deputies followed proper procedure in responding to Valerie.

In a conversation with the Independent this week, Lacy laid out additional accusations against the Sheriff’s Office he said were revealed through the discovery process and pre-trial depositions. Each of the four deputies, for example, gave differing accounts of Cameron’s actions in the seconds leading up to the shooting, Lacy said. One claimed Cameron, 30, had laid on the ground and thrashed about “like a child having a tantrum.” Another said he got prone but then suddenly “did some jiu-jitsu move” and sprang to his feet. And another said Cameron never dropped to the ground and instead took a “runner’s stance” before allegedly attacking. “They all tell different stories,” said Lacy. “It’s utterly unbelievable.”

“But here’s the real kicker,” Lacy continued. Sheriff’s officials collected 14 samples of DNA evidence from the scene but only tested one, he said. It came from a knife lodged in Valerie’s chest ― she was found in the home’s dining room ― and revealed a combination of Valerie and Cameron’s DNA. However, another knife was found on the property, Lacy explained. It lay next to a pool of blood on the outside tennis court. A forensics expert hired by Lacy tested those two samples and found that the blood on the court belonged to Cameron, and that DNA from the blood on the second knife was a mixture of Cameron’s and an “unknown third person,” Lacy said. “Someone else was there.”

“This was a terrible failure of basic evidence evaluation,” Lacy went on, noting he’s received no explanation why the Sheriff’s Office only tested one sample and not the 13 others, or why the department hasn’t run the DNA of the third person through a criminal database to identify its source. “The county may have bungled its opportunity to find another suspect in this case,” Lacy said. “More so, they dragged a family’s name and reputation through the mud when they knew their deputies and their detectives screwed up. They knew it.”

Though Cameron suffered obvious stab wounds at some point that evening ― the gashes were noted by both deputies and paramedics at the scene ― they were only listed as general “injuries” in his autopsy report, Lacy claimed. “We don’t know why that is, but we do know it shines a light of serious liability on the county,” he said. In addition, while the officers initially stated that none of them ever checked Valerie’s pulse or attempted to render any medical aid, it was revealed during depositions that one deputy changed his story, claiming to have quickly checked on Valerie before moving on to search the house. In this new version of events, however, the officer said he attempted to feel her pulse through her wrist instead of through the carotid artery in her neck, as their training dictates, Lacy said. “She could have been alive but in some kind of comatose state,” he argued. “If she had gotten the medical attention she required, she may have survived. We just needed someone to try.”

The fact that one of the involved deputies ― Deputy Jeremy Rogers ― was part of two other fatal shootings and a wrong-way car accident that, in total, claimed four lives and cost Santa Barbara taxpayers $4.8 million in lawsuits also gives Lacy serious cause for concern. “Nothing was done after he was engaged in two arguably unlawful shootings and a tragic collision,” he said. “His behavior was allowed to continue. ‘If you screw up, don’t worry about it; we’ll make it go away.’ That’s the message the Sheriff’s department gives.”

Taken together, the alleged missteps by Santa Barbara law enforcement in the Ely case amount to “one of the most scandalous, egregious debacles I have seen as a civil rights attorney,” Lacy said. “And I’ve seen some bad ones.”

CORRECTION: This story was amended on 11/24/21 to clarify that the DNA found on the knife that killed Valerie Ely was not from blood; it was a mixture of DNA from Valerie and Cameron, but the source was something other than blood. The DNA found on the knife by the tennis court was from blood; it was a mixture of Cameron’s blood and DNA from the blood of someone else. Lastly, no officers ever checked Valerie’s pulse or attempted to render any medical aid. Officers were on the record confirming this, but in deposition one officer changed his story and claimed to have checked Valerie’s pulse. 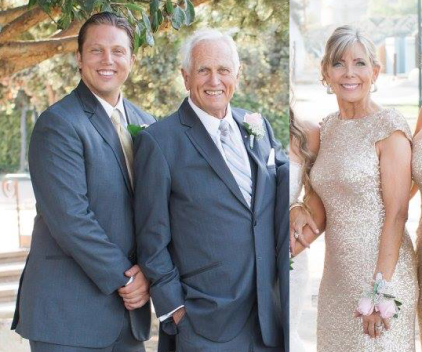 When 4 officers shoot simultaneously they are aware mostly of their own 5 or 6 shots, and are worried about their own lives.

Shot 22 times! Once he was hit why would they think they need to keep on shooting - just because they can? I'm a military trained guy, qualified as an expert marksman, and all for the police. But that seems to meet the definition of "overkill."

Don't count on being protected and served by the SBSO.

I think everyone can agree that we are thankful that all of the deputies got to go home to their loved ones. Sad for the Ely family...very sad.

Doulie, Thanks for your ideas. I see and meant that civilian oversight is neccessary as this case shows. Shooting 22 times in an unarmed man certainly seems like something is wrong there. Not call the ambulance for the mom right away is another questionable decision. The point is Sheriff, Police and even other systems would benefit from transparency and civilian oversight. We as a community have to pay a lot of expensive settlements for poor judgement and policy not carried out. Sheriff Brown was adamantly against oversight. I think we as citizens deserve it as this sad case demonstrates.

Brown is so against civilian oversight of the Sheriff Dept. like the Police Dept. This is why that is so necessary. Sheriff Brown said if Sheriff Dept had civilian oversight ," It would be like a hammer looking for nails." Well I am seeing a lot of nails and I wish I had a hammer that could enforce that protocols are followed and above all do no harm. That can hardly be said in this case. A strong leader embraces transparency and the idea that they can always do better. In this case they could not have done much worse sadly. My heart goes out to the Ely family particularly during the holidays.

Loves - You state civilian oversight is "so necessary" because Brown is against it? I don't see this as a good argument. Just a thought: What if cops investigated a complaint and released the results of their investigation to the complainant. If the complainant was not satisfied with the results they then appeal to Internal Affairs for final disposition by the Command Officer, Sheriff/Chief. Final results go into the officers personnel file. Not everyone will be satisfied with the disposition but the complaint will be recorded. Transparent? Founded as well as unfounded complaints are entered into the officers file. I doubt deputies/officers want too many founded complaints in their file as it might prevent them from future assignments.

Or, Sheriff/Chief could release a monthly list, no names, identifying all complaints received each month and their disposition. Again, just a thought.

I wish more people took that "above all do no harm" approach last year when the state was shutting down schools, small businesses and non-emergency medical needs...

"It's the hammer of justice"

Brownie you are doing a heck of a job.

Do you know why Honeybee's

GT we agree on. fully.

they ride their ebikes to

no they should not. it's a

yeah and that's called being